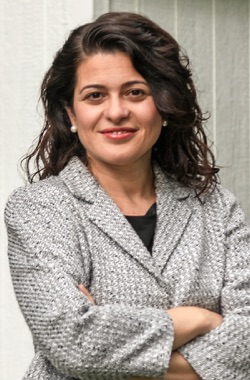 Marina Yudborovsky serves as chief executive officer of Genesis Philanthropy Group. Prior to becoming CEO, Marina served as a longtime executive at GPG, drawing on her deep expertise in Russian-Jewish culture and communal work. This experience, and her dedication to the cause of investing in and enriching Jewish communities around the world, guide her leadership of the organization and GPG’s partnerships with its grantees.

Previously, Marina served as the Director of Strategy and Operations, responsible for the implementation of GPG’s Performance Measurement Framework, as well as directing GPG’s operations around the globe. For years, she worked closely with GPG’s late former president and CEO, Ilia Salita, and she was elected unanimously by the board of directors to serve as CEO following Ilia’s death in 2020.

A Birthright trip to Israel in 2004 inspired Marina to rekindle her childhood involvement in Jewish causes, leading ultimately to her decision to join GPG in 2009. She was inspired by the foundation’s mission of strengthening the Jewish identity of Russian-speaking Jews worldwide by supporting pillar Jewish organizations, and her work with GPG since then has reflected these priorities.

In covering Marina’s appointment in July 2020, JTA named her one of the youngest women leading a major Jewish organization.