Young Jews from around the world gather in London for conference 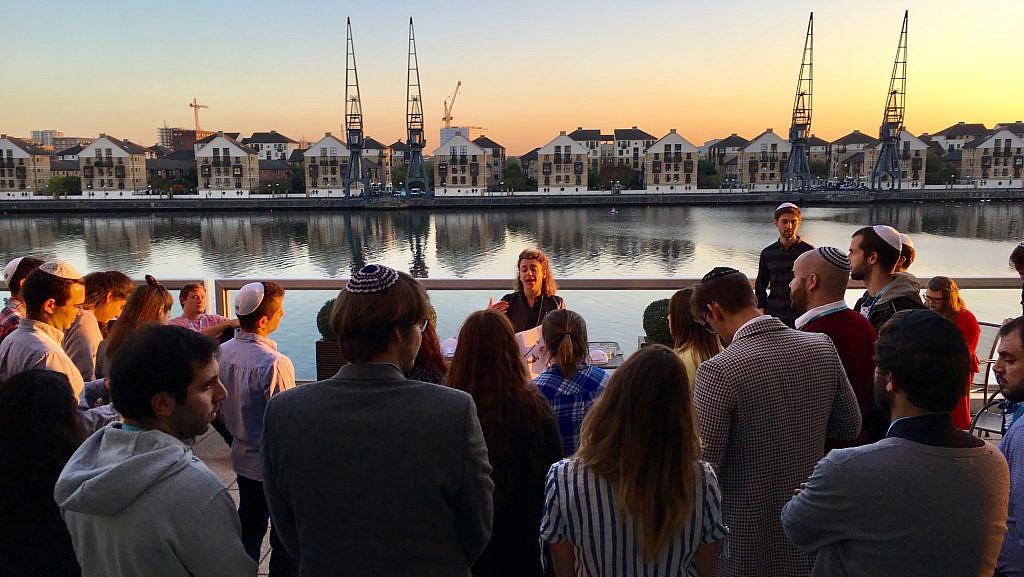 60 delegates from 21 countries attend event hosted by Moishe House, the organisation which offers a home and a Jewish way of life for young people.

Young Jewish adults from Shanghai to Uruguay gathered in London at the weekend to take part in Moishe House’s Internatty Con ’18.

It was the first time that London has hosted the global organisation’s main annual event despite the capital being Moishe House’s HQ and the site of its first “house”.

Moishe House, an international non-profit organisation, has homes throughout the world that serve as hubs for the young adult Jewish community.

In many instances, they are the focal point for students far from home – sometimes even from outside the country they live in – who want a sense of Jewish community.

US-born Michelle Brener, now living in Sydney, Australia – and this year’s resident co-chair of Internatty – is a case in point. “Being an ex-pat, I have found that Moishe House is a great way to meet Jewish people, no matter where they are from or from whatever background,” Michelle, who originally hails from the Washington, DC suburbs, told Jewish News. “I came to Australia on a working holiday and never left,” she said.

“It gives us a sense of community and it’s a great way to network.”

She said the Sydney Moishe House run several events for young adults, including dinners, nights out at the cinema and holidays. “We have 100 plus people involved in Sydney,” she added.

“I came to Australia on a working holiday and never left,” Michelle said. “I was surprised at how vibrant and close-knit the community is.”

Some, like Rudi Wagner, an economist at an investment bank in Budapest, Hungary, only found out about their Jewish heritage in their teens.

“My mum cooked Jewish food, like gefilte fish, at Christmas and Easter,” Rudi told Jewish News. “As I travelled around I looked into my past and realised I wanted to do something for the community.”

His Budapest friend, Tomi Strell, an engineer, said he wasn’t “raised Jewish, but I went on Birthright and that led me to want to learn more about my Judaism. Moishe House was the place for that – it is very open-minded and that’s how I’d like to raise my Jewish family.”

Eva Strut, opening the Internartty Con of 60 delegates from 21 countries, said that what she loved about Moise House was its authenticity. Brought up in Prague after the fall of communism, Eva said: “I wanted a way to interact with Jews and the rest of society. When Moishe House arrived, I found an authentic way of being Jewish that was relevant to me.”

Eva said the conference had three main goals: “learn from each other; to make you feel you are part of something bigger, that you are never alone; and to have fun, to celebrate you being you.”

Moishe House is backed by Genesis Philanthropy Group (GPG), which was co-founded by the Ukrainian-born international businessman and philanthropist Mikhail Fridman.

Marina Yudborovsky, GPG’s director of strategy and operations, said: “Moishe House provides a unique opportunity for young adults to engage with their Jewish identity in a relevant, accessible and inclusive way. Its strength lies in its adaptability to local contexts and circumstances around the world, while at the same time creating a global community. This is especially apparent at Internatty Con ’18, which GPG is proud to support, along with Moishe Houses in London and around the world.”