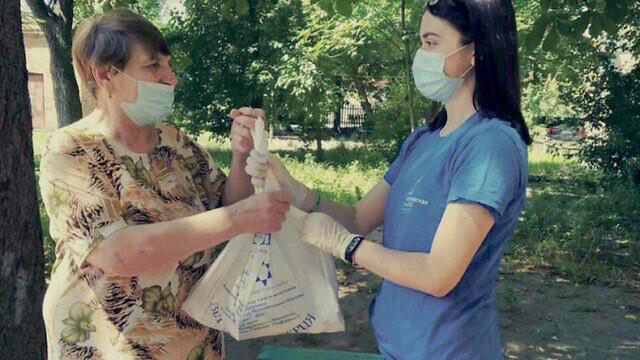 They’re confined to four walls, some in dilapidated homes. For some, the will to live is slipping away'.

Jewish organisations working with elderly and isolated Jews in the former Soviet Union have said the will to live for some people is “slipping away” – but young Jews are rising to the challenge to help.

International agencies operating in countries such as Russia, Ukraine, Moldova and Belarus, where living standards are variable, said the lack of social interaction for elderly Jews there had been particularly hard-hitting.

“They’re confined to four walls, some in dilapidated homes,” said Michal Frank, the executive director of JDC in the former Soviet Union, speaking to JTA. “For some, the will to live is slipping away.”

Before the pandemic, JDC offered classes for yoga, gymnastics, pottery, language and painting through its dozens of community centres, with caseworkers visiting the house-bound but, to prevent the virus spreading, all that has now stopped.

“For some, the virus has made that impossible,” said Frank. “We’ll be dealing with the effect this is having on their mental condition for a long time after this is over.”

Jewish aid organisations have sought to respond to the pandemic with a package of support measures, including hotlines staffed by trained volunteers and food deliveries to the elderly and vulnerable, with young Jews taking the lead.

In some Jewish communities, volunteers in JDC frameworks, supported by Genesis Philanthropy Group (GPG), have been helping elderly Jews get online, through a series of instructional Facebook posts.

In it, they explain how to set up an online grocery account for home delivery, how to order medicine using online pharmacies and how to use Zoom to maintain face-to-face contact with family and friends.

In addition, other groups have also been busy cooking and delivering thousands of hot kosher meals across several cities.