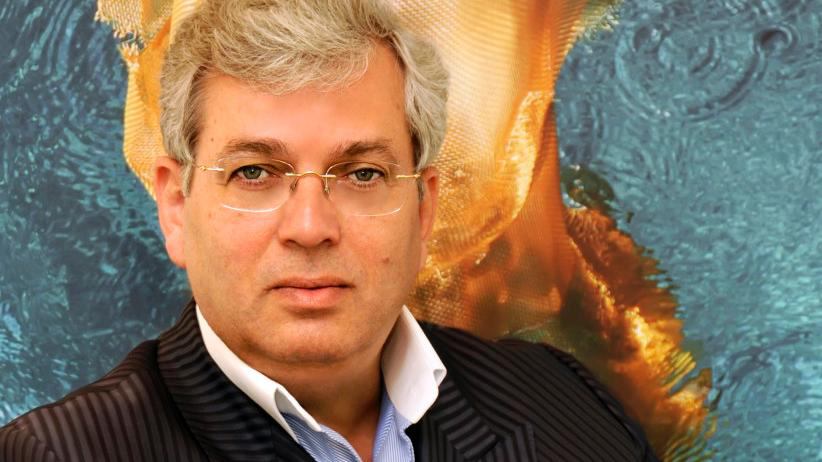 “In my life, I have learned that our tests in life are not when things are good. It is when things are bad – when people need you. When a disaster is coming, that is when you are tested.”  Aaron Frenkel, international philanthropist, investor and entrepreneur, is meeting the Coronavirus crisis head-on by pledging to match all donations made to Yad Sarah’s emergency campaign to bring life-saving respiratory equipment to Israel. Ventilators are  needed in critical cases of Covid-19 to assist severely ill patients, and there is a shortage of respiratory equipment in Israel.

Yad Sarah, the largest national volunteer organization in Israel, with seven thousand volunteers and more than 115 branches nationwide, has embarked on a lightning campaign to bring thousands of respirators and oxygen generators to Israel to meet this critical need. Frenkel, a long-time supporter of Yad Sarah, says that the organization is uniquely suited to deal with this type of medical emergency. “They have had more than 1,000 respirators in their warehouses – even before Corona – and this is their business. I respect any person who is trying to do their best, but they are learning what Yad Sarah already knows with its experience and connections.” Frenkel says that Yad Sarah’s existing network of contacts with its suppliers will enable it to receive the necessary equipment as needed. In the past week, he says, Yad Sarah has already brought in hundreds of machines, and many more are arriving daily.

A long-time supporter of Yad Sarah, Frenkel established the Frenkel Emergency Medical Center in Jerusalem, which provides Jerusalem residents with an alternative to the overcrowded emergency rooms in area hospitals. Treatment at the Center reduces exposure to the infections that are prevalent in crowded emergency rooms and accelerates and improves the quality of immediate medical care. “The Ministry of Health says that the average waiting time in hospital emergency rooms in Israel is almost six hours,” he says. “At the Frenkel Emergency Medical Center, 99% of people are treated within 48 minutes and then return home. If they need further help, Yad Sarah will take them home, and provide them with necessary equipment, and a doctor to visit them, if there is a real trauma or emergency, we take them to Shaare Zedek Medical Center, which is five minutes away from the Medical Center.”

Frenkel, who lives in Monaco with his wife and five children, was born in B’nei Brak in 1957, and has family members living there. Members of that community, he explains, were slow to implement social distancing because many do not have modern means of communication such as computers and smartphones and were not aware of the risks. But now that the dangers of the virus are known, the vast majority are taking the necessary precautions. “It is a matter of saving lives,” he says simply. Frenkel says that the current crisis reminds him of the outbreak of the Yom Kippur War in 1973. “I was 15 years old at the time, studying in Moshav Bet Meir, “ he recalls. “From the windows of the synagogue we saw cars and military vehicles on the Latrun road, and we understood that something wrong was happening. It was a feeling that something bad was coming. You don’t know what it is, but it definitely not something good.”

The main difference between the Yom Kippur War and the current crisis, he says, is that the Coronavirus crisis is a worldwide threat that has confronted every country. Like the Yom Kippur War, he adds, the Coronavirus threat is a battle. “In every war you have casualties, but you need to minimize them, act bravely, and do everything possible around the clock to save lives.” By matching donations to the Yad Sarah campaign, Frenkel is helping this war effort.

Frenkel is the owner of the Loyd’s Group of companies, which has been involved in investments in real estate, civil aviation and aerospace, energy and high tech. The leading role Frenkel has assumed in the aviation industry is linked to his efforts on behalf of the Jewish people. In the 1980s, he provided major assistance in Russian Aliyah from the Former Soviet Union (FSU), and today plays an active and major role in various public initiatives worldwide. Frenkel is considered one of the most influential and successful entrepreneurs in the FSU region. He has continued his support of Russian Jewry, serving as president of Limmud FSU, an organization that brings together and empowers Jews of all ages, with an emphasis on young adults, who are revitalizing Jewish communities and culture, inspired by the rich history and unique legacy of Russian-speaking Jewry.

“Limmud is a very good tool, with a good infrastructure, and a good platform to keep people together. You can see 2,500 people come together for three days. Many of the participants have made Aliyah, and many met their future spouses at these conferences. Limmud is a success story.”

Frenkel explains that Limmud’s goal is to bring its participants closer to the causes of Judaism and Israel. “The future of Israel,” he says, “depends on how strong the Diaspora will be for Israel. Our main task is to keep this reserve for the Jewish cause and for Israel intact, warm and positive towards Israel and Jewish issues. This is one of the main tasks of Limmud FSU. We have a partnership with the Ministry of Diaspora Affairs, and we created Limmud Labs, in which people meet, talk, learn, and come together. I think it is a good movement and a great success.”

Frenkel divides his charitable activities into three main categories – helping the sick, supporting Jewish education, and providing for the needy. “I support Yad Sarah and Rabbi Avraham Elimelech Firer (the Israel Prize winner, who provides medical assistance and advice), and individuals,” he says. Jewish education, he points out, is paramount in ensuring the future of the Jewish people. “The future is in a good quality education and linked to it is the link to Israel and Judaism.”  He helps those in Israel who cannot feed their children and have difficulty meeting expenses. “Between these three categories I am dancing.”

While the Coronavirus presents the most immediate danger, ultimately, he says, the greatest challenge confronting the Jewish people are divisiveness and assimilation.  “We need to stop the hatred. Whatever your opinions or political views, we need to be together. We have no other choice.” It is for this reason that he supports Limmud and other Jewish schools around the world. But, he adds, the two issues are connected. “If we can be together, and have positive thoughts toward each other, we can fight assimilation.”

Yad Sarah’s Emergency Oxygen program ends Monday evening, and Frenkel urges everyone to give with an open heart. “Yad Sarah serves all sectors of Israeli society – Jews, Arabs, religious, secular,  immigrants, foreign workers – no questions asked. We all have a moral responsibility to each other. “The fear for the future is here. I learned in my life, that life is temporary and the money that we have been given should be used for good causes. We will not leave this world with our money. Better to use it properly. Please – open your hearts and give to Yad Sarah.”