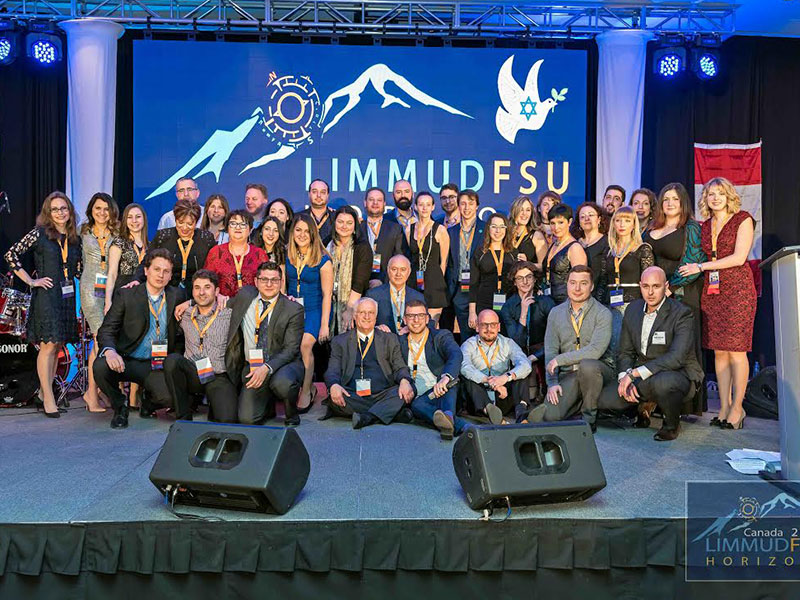 The annual Winter Limmud FSU event will be taking place at the Schwartz-Reisman Centre on Sunday, Feb. 11, and will feature lectures and programs for Russian-speaking Jews of all ages.

There will be 10 presenters at this Limmud FSU conference, with three hours of sessions starting at 3 p.m., that will be followed by a performance of the Jewish Dramatic Youth (JDY) theatre’s new production, The Old House, which will be at the City Playhouse Theatre in Thornhill, Ont.

Among the presenters will be the founder of The Rebel Media, Ezra Levant, as well as the well-known Russian poet and journalist, Igor Irtenyev, who will be flying in from Russia for this event.

There will also be a children’s program for ages 5-16, that will take place during the three-hour session, and is being organized by J. Projects which is a part of the Schwartz-Reisman Centre and is being supported by the UJA Federation of the GTA and the Genesis Philanthropy Group.

“We try to diversify the sessions and have the presence of different streams, which are: art and culture; history and heritage; Jewish tradition and religion; business; lifestyle and professional development; and politics and social issues,” said Alex Kutman, who is the chair of the programming committee at Limmud FSU. He said that though their target demographic is young professionals, the Limmud team aims to make the conference appeal to people of all ages.

Limmud FSU was initially founded in 2006 by Chaim Chesler, together with Sandra Cahn and Mikhail Chlenov. It has grown tremendously throughout the years, and there are Limmud FSU retreats taking place all over the world.

“The general idea of Limmud FSU is to engage the Russian-Jewish community, primarily in the Greater Toronto Area. We want to strengthen the community by allowing people to get together and learn in a friendly environment as well as meet each other, network, and socialize,” said Kutman.

The idea to have a smaller scale Limmud conference is something that is not often done, due to the huge amount of work and time that it takes to plan such an event. However, according to Eithan Dudnik, who is the co-chair of the organizing committee and resource team, the Limmud FSU Canada team – which is led by Mila Voihanski – is taking the initiative to plan another event between the two large retreats, in order to keep the community interested in their programming.

“Limmud FSU International usually has the idea to have one annual event, the three-day Limmud Retreat, but in Canada, we started to create smaller Limmud conferences as well, because we know that just an annual event by itself is not enough,” said Dudnik.

“On the other hand, we are all volunteers, so we have jobs and families, and it takes a very long time to prepare each event, even for this upcoming conference, we have been working on it since August 2017. I think that the events between the annual limmud retreat are a really good idea to keep people engaged and bring them back into the community,” said Dudnik.