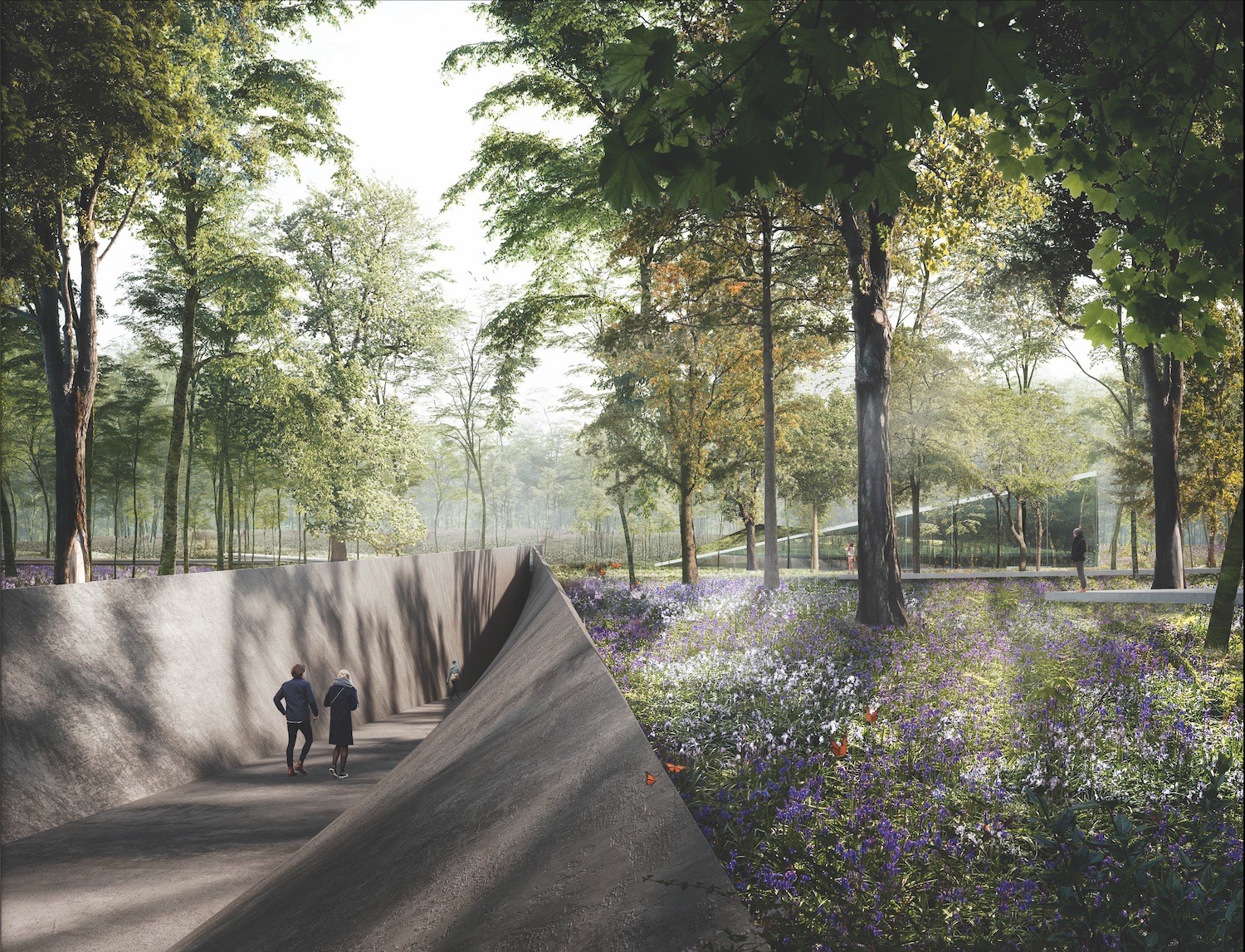 The site is where 33,771 Jews were killed in over just two days by Nazi soldiers in September 1941, will have a new education centre and momentum.

The winning design has been chosen for a new Holocaust memorial and education centre at the site of the Babi Yar massacre in Ukraine.

The site is where 33,771 Jews were killed in a ravine near today’s Ukrainian capital, Kyiv, in over just two days by Nazi soldiers in September 1941, one of the largest single Holocaust massacres.

The winning design includes a long ramp resembling a ditch or fissure leading to the core exhibition located 20 metres below ground.

The walls of the ramp rise up around the visitor, ultimately encasing them underground.

The journey made by visitors is intended to mirror the path taken by Babi Yar victims towards their place of their death in the ravine.

After travelling through the core exhibition, visitors will emerge into a luminous atrium, off which there are multiple teaching rooms.

The judging panel included Sir David Adjaye, who was recently forced to redesign his winning proposal for a Holocaust Memorial and Learning Centre in Victoria Tower Gardens in London, situated adjacent to the House of Parliament.