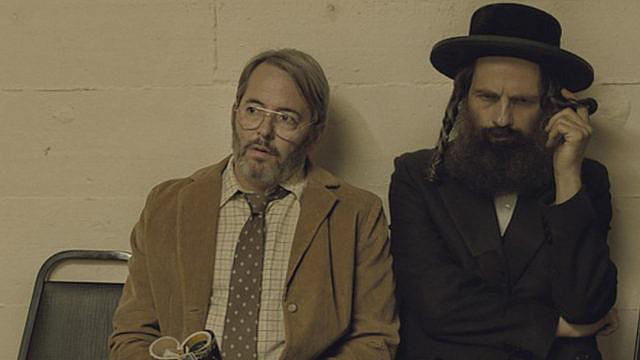 The fifth Moscow Jewish Film Festival was held in the last week of June.

Eliran Malka’s The Unorthodox, a director’s cut of the founding of the Shas Party in Israel, was awarded Best Film, as more than 35 movies were screened during the festival.

More than 35 films were screened during the festival. The 2019 programme included such resonant films as Guy Nattiv’s Skin, which won an Oscar in 2019; Promise at Dawn, a film based on the autobiography of Prix Goncourt winner Romain Gary; Jonathan Agassi Saved My Life and King Bibi, both provocative documentaries; To Dust, a black comedy, and Seder-Masochism, an ironic animated feature. There were also retrospective screenings of Mikhail Romm’s Triumph Over Violence and Quentin Tarantino’s Inglorious Basterds.

Over 30 of the educational events during the festival were organised with support from Genesis Philanthropy Group.

Ilia Salita, President and CEO, Genesis Philanthropy Group, said: “For us, supporting the Moscow Jewish Film Festival is both a longtime tradition and a critical contribution to developing Jewish cultural life in Moscow and throughout Russia.

“This year, our focus is on educational programming, which provides viewers with opportunities to meet and talk to renown filmmakers, scholars and other influential speakers. The key priority in this partnership is to create an atmosphere of pluralism and meaningful dialogue, and we are proud to partner with an organisation taking concrete steps to make this goal a reality.”