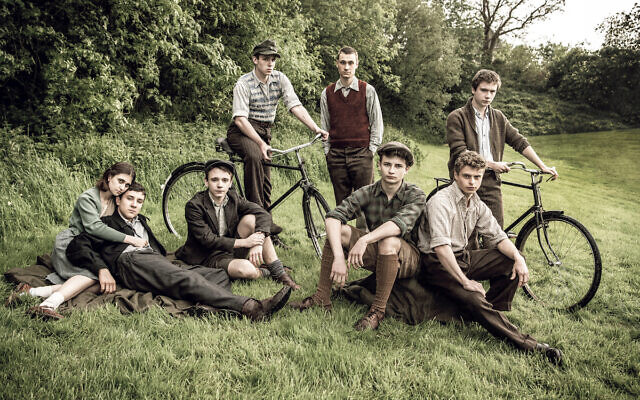 A moving new film about how 300 Jewish refugee children who lost their families in the Holocaust found new lives in England’s Lake District has won a special prize at the Moscow Jewish Film Festival (MJFF).

The Windermere Children, which premiered last year, tells the little-known stories of the children and scooped the prize for the film with the most educational potential at the seventh annual event in the Russian capital last week.

While Moscow is struggling with high levels of Covid-19 transmission, organisers were still able to host the MJFF event safely and in-person, with the jury allocating awards for best film, best documentary, and best narrative short, among others.

A special award, established by Genesis Philanthropy Group (GPG) for the Film with the Greatest Educational Potential, went to Michael Samuels’ 2020 film about the child refugees who later became some of Britain’s most famous Holocaust survivors, including Arek Hersh and Sir Ben Helfgott.

A GPG spokesperson said Samuels “covered a wide range of important themes, from the history of the catastrophe to the life that followed, from overcoming trauma to growing up, from being able or unable to understand another person to the discovering of who you are, in the search for self-identity”.

The event has evolved in recent years, recognising new technology such as virtual reality, with this year’s jury also asked to choose a winner for a special community award to “the most cinematically-active Jewish community in Europe”.

More than 50 works from around the world were selected for the festival, with offerings from the  UK, US, Latvia, Italy, Argentina, Germany, Poland, France, Portugal and Israel. Several premiered at the event.

Alexander Boroda, the president of the Federation of Jewish Communities in Russia, said a highlight was Sergei Loznitsa’s new film about the Babyn Yar massacre, which happened 80 years ago, during which 33,771 Jews were shot by SS officers near Kyiv in just two days.