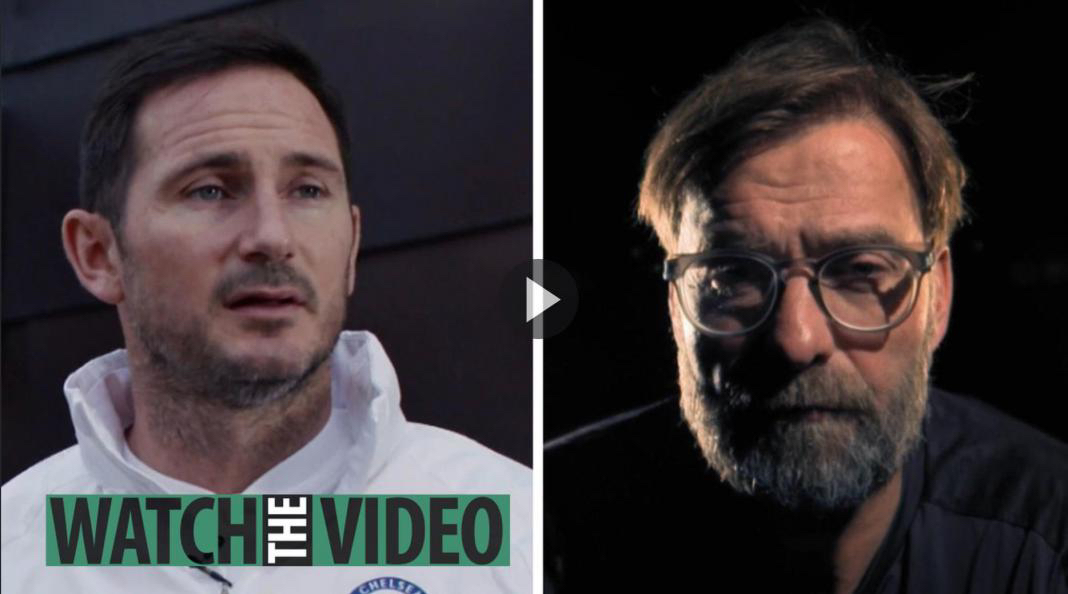 Harry Kane, Virgil van Dijk and Frank Lampard have united to urge fans to make sure hatred and anti-Semitism are never accepted in this country.

The trio are among a host of Prem stars and managers, including Liverpool’s German boss Jurgen Klopp, appearing in a searing video to mark Holocaust Memorial Day on Monday.

With 2020 also the 75th anniversary of the liberation of Auschwitz, the video — backed by the Premier League and the FA — will be supported by top clubs.

They join together to ask fans to recall how Hitler’s Nazis were allowed to grow in strength and numbers because their sickening ideology was not properly challenged.

The theme of the campaign, a collaboration between the National Holocaust Centre and Jewish News, is for supporters to “Stand Together” against all hate crime, with the focus on anti-Semitism.

Appealing to all fans, the message is: “Today, on Holocaust Memorial Day, we remember.“We remember those who stood by, those who did nothing, those that shook their heads.

“Those who reasoned ‘it’s only words, high spirits, harmless insults.’”

Images show families, women and children waving Nazi flags at parades, before pictures of interned Jews and the charred bones of Auschwitz victims.

The emotional plea also calls out homophobia and anti-Islamic abuse and actions. The video will be screened for the first time before Manchester City’s FA Cup clash with Fulham on Sunday.

And it will also be shown at other Prem grounds over the coming weeks and promoted on club social media platforms.

It stresses: “We remember those who turned away, who stood by, who watched the deeds of others but did nothing.

“We remember the good people, the decent people, all the regular people, who didn’t hate but who encouraged and supported hatred through the power of their silence.

“And we remember their shame, their eternal regretful shame.

“Today on Holocaust memorial Day we must remember.“We must remember just why, when we see racism, anti-Semitism discrimination or hatred no matter how small or seemingly insignificant, we cannot stand by, we mustn’t stand by.

Chelsea have been at the forefront of a campaign against anti-Semitism, which is the personal project of owner Roman Abramovich, who is Jewish himself.

Marc Cave, the National Holocaust Centre & Museum Interim CEO said: “This video is a jab in the chest of every decent football fan.

“Britain’s soul has turned a little ugly in recent years and football is a window to that soul. The aim of this video is to show what can happen when we let the haters, thugs and bullies have their way.”

The initiative was conceived by Justin Cohen, news editor and co-publisher of Jewish News. He said: “All too often over recent months we’ve looked on in horror as ugly scenes of racism have marred the beautiful game.

“At a time of rising hate crime including anti-Semitism and Islamophobia, it is extremely encouraging that so many top clubs have united to use their platforms to encourage fans to speak out at the first signs of hate.”

The project was sponsored by the Genesis Philanthropy Group.