Virtual Yom HaShoah ceremony to be held: ‘Our community will always remember’ 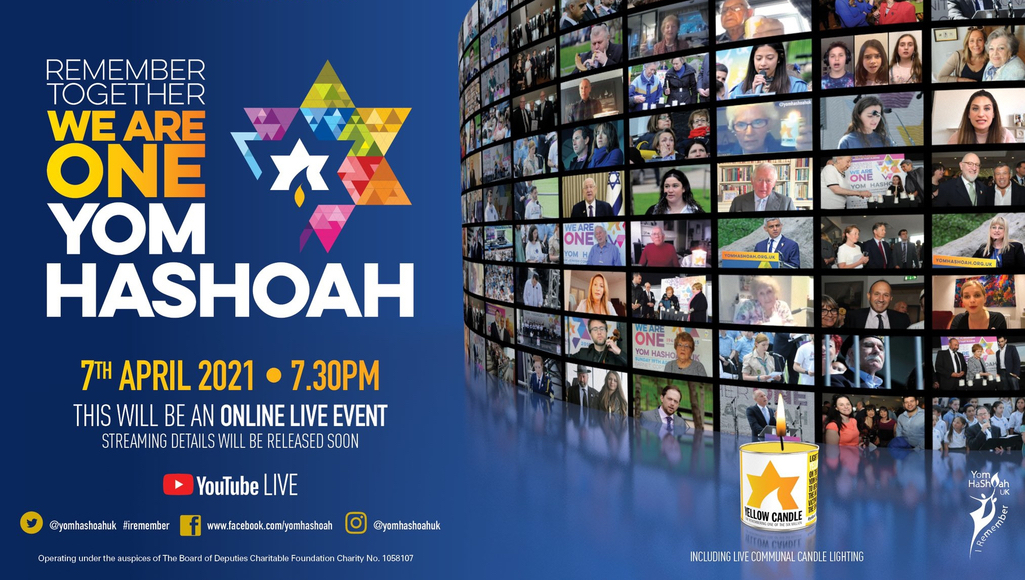 Jewish leaders and celebrities will help the community remember victims of the Holocaust at an online event next Wednesday.

Tracy-Ann Oberman, Robert Rinder and the Chief Rabbi will help the community mark Yom HaShoah in a virtual ceremony next week.

With coronavirus restrictions still in place and preventing large-scale in-person gatherings, the event will be held online on Wednesday 7 April.

This comes after thousands tuned into last year’s virtual commemoration, marking 75 years since the end of the Holocaust.

Prince Charles honoured survivors as “real heroes”, while more than half-a-million viewed a specially made video featuring a children’s choir to mark the day of remembrance.

Yom HaShoah UK Chair Neil Martin, said: “Whilst we had hoped not to ever organise a virtual ceremony again, several positives have come from this challenge, most notably that we are able to involve and represent every corner of the UK Jewish community, making this commemoration a truly national moment of reflection on Yom HaShoah. However, perhaps most importantly of all, this commemoration will proudly show all survivors and refugees, that despite the challenging times in which we live, no matter the circumstance, our community will always remember on Yom HaShoah”.

The online event will feature representatives from all denominational movements, while TV personalities such as judge Robert Rinder, the grandchild of a survivor, and actress Tracy-Ann Oberman, will address guests.

It will also include the President of the Board of Deputies, Israel’s Deputy Ambassador to the UK, as well as Holocaust survivors and Kindertransport refugees.

In addition to the ceremony on Wednesday, a series of commemorative and educational programmes will be broadcast through Yom Hashoah UK’s website.