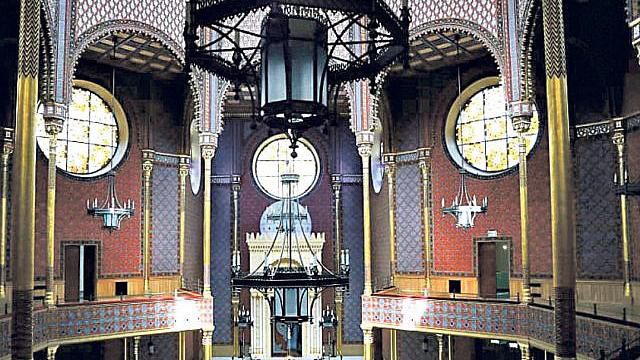 Rumbach Synagogue in Budapest and Lemnaria shul in Chisinau will be revived and used once more, decades after falling into disrepair.

Two synagogues in eastern Europe have been revived and will be used after years of neglect.

The ornate Rumbach Synagogue in Budapest, Hungary, built in the Moorish Revival style in 1873, is due to reopen next year after decades of neglect during which pigeons moved in.

It is situated amid chic new restaurants and bars that have turned Budapest’s former Jewish ghetto into one of its most popular districts.

In Chisinau, the Moldovan capital, the Wooden, or Lemnaria Synagogue, has been re-opened in the cellar of the Kedem Jewish Community Centre. About 300 people attended the ceremony under the auspices of Limmud FSU.