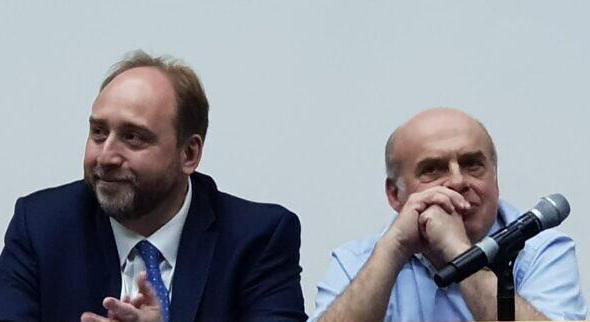 Russian-born president and chief executive of Genesis Philanthropy Group has given hundreds of thousands to communal groups in the UK.

Tributes have been paid to the head of a philanthropic organisation that gives hundreds of thousands of pounds to Jewish organisations in the UK after he died of cancer on Monday morning.

Ilia Salita, the Russian-born president and chief executive of Genesis Philanthropy Group (GPG), led a significant expansion of the foundation’s work across three continents, with British Jewish projects among the foremost to benefit.

News of his death took the community by surprise, as his colleagues announced the news, saying: “With a heavy heart, we share the sad news that Ilia passed away this morning from cancer.

“Ilia was a dear friend, colleague, mentor and leader, especially in these challenging times. We will feel his loss profoundly. He left an indelible mark on our organisation, those who knew and loved him, and on the Jewish people.”

After graduating from Moscow State University, Salita first moved into academia before turning his attention to philanthropy, ultimately leading GPG, which disburses money to Jewish organisations around the world.

GPG particularly seeks to engage and inspire young Jews, and to build Jewish communities, and in so doing gave significant funding pots to both youth group JLGB and Finchley Road culture centre JW3.

“He led a significant and highly regarded expansion of the foundation’s work,” GPG said. “His leadership touched the lives of countless people across three continents, inspiring the young and supporting the most vulnerable among us.”

Salita is survived by his wife, Irina, his two sons, Joshua and Robert and his father, Mikhail. The Jewish Funders Network is coordinating this memorial fund.