Training for young advocates in Brussels 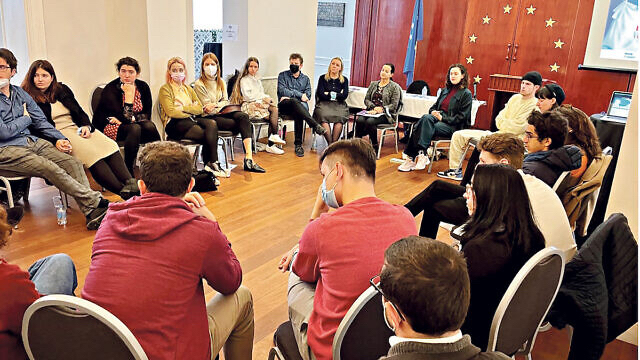 with the aim of persuading European politicians to combat antisemitism and anti-Israel bias.

According to organisers, Emanuel Nachshon, the Israeli ambassador to Belgium, “spoke about the dangers of politicians ignoring Jewish interests and playing the Middle East card in order to get votes from the left and Muslim community”. These mirror past arguments made by Alex Benjamin, now of the European Jewish Alliance,  that Muslim refugees will skew politicians’ support away from Jews and Israel.

The conference was arranged by Israeli non-governmental organisation Nevatim with the European Janusz Korczak Academy, the Jewish Agency for Israel, and Genesis Philanthropy Group.