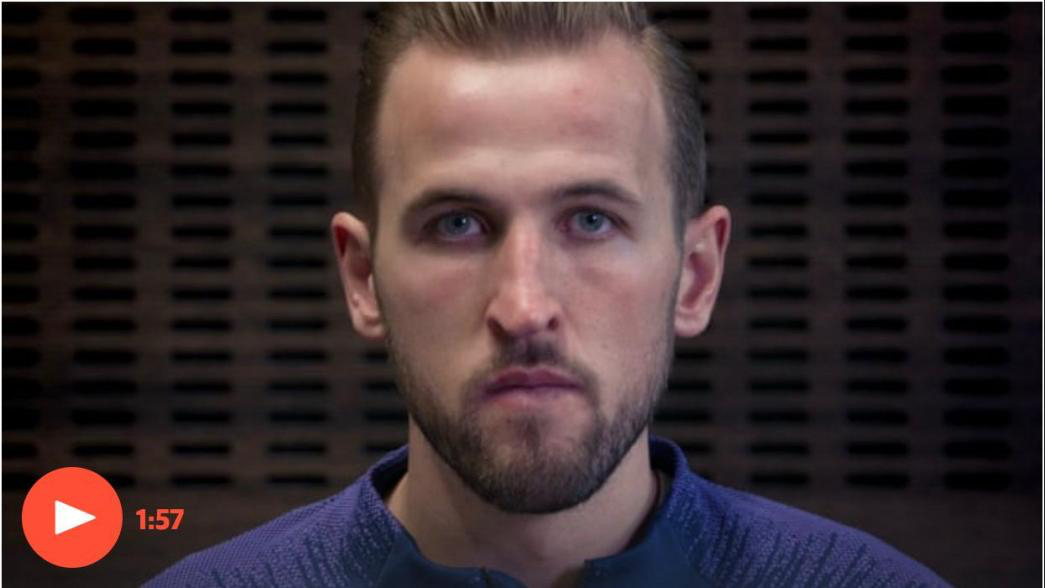 Video featuring Harry Kane and Stef Houghton to be shown at this weekend’s FA Cup matches.

Leading football players and managers have taken part in a video to be shown at fourth-round FA Cup matches this weekend urging people to stand up against hatred and discrimination.

Close-ups of their faces are cut with images from the Holocaust as they deliver an uncompromising message directed at football fans and others who fail to call out racism and discrimination.

Against images of antisemitic graffiti, Islamophobia and a lesbian couple abused on a London bus, they continue: “When we see racism, antisemitism, discrimination or hatred, no matter how small or seemingly insignificant … we mustn’t stand by, we need to stand up, we need to stand together.”

The video – made by the National Holocaust Centre and Museum – will be shared on social media by clubs and players on Holocaust Memorial Day, which this year also marks the 75th anniversary of the liberation of Auschwitz, the Nazi death camp in German-occupied Poland.

Chelsea, four of whose players appear in the video, last week unveiled a commemorative mural at Stamford Bridge of three Jewish players who were sent to Auschwitz. Julius Hirsch, a German, and Árpád Weisz, a Hungarian, were both murdered at the camp; and Ron Jones, who became known as the “Goalkeeper of Auschwitz”, was a British prisoner of war who survived.

The London club, which is owned by Roman Abramovich, a Russian Jew who now lives in Israel, has also sent supporters and stewards to visit the museum at the site of Auschwitz-Birkenau, near Krakow, as part of its “Say No to Antisemitism” initiative.