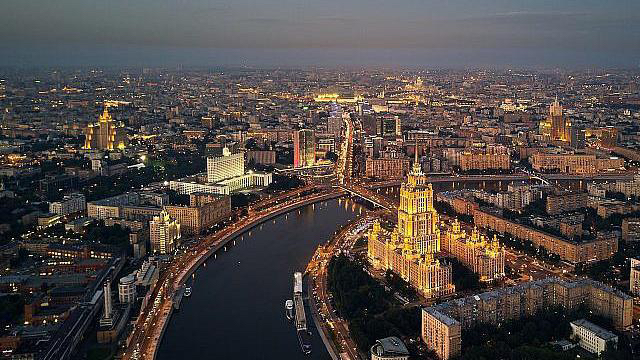 This new residence in the historic centre of Moscow will be the home of three young students whom are active members of the capital’s Jewish community.

Three 20-something Russian students are to become the new residents of a second Moishe House in Moscow, opening this month.

The Moishe House model, now operating around the world, allows young people to live in the houses while running Jewish activities and programming aimed at attracting more young people.This new residence in the historic centre of Moscow will be the home of Anastasia Shalygina, 21, Alexandra Metlitskaya, 21, and Viktoria Palchikova, 22, all of whom are active members of the capital’s Jewish community.

The three are university students and are active in Netzer summer camps run by the World Union for Progressive Judaism. From the Moishe House the women will plan and execute at least five programmes every month, with the goal of engaging more than 1,000 Jewish young adults per year.

“Moscow has consistently been a source of inspiring young Jewish leaders since we discovered our first group of residents there in 2010,” said Alejandro Oket, Chief Global Officer of Moishe House. “We are very excited to welcome Anastasia, Alexandra and Viktoria to our global family, and we are sure they are going to do wonderful things.”

The first Moishe House in Moscow opened in 2010 and has hosted more than 2,400 Jewish young adults over the last decade, bringing people together for cultural events, holiday celebrations, Jewish learning sessions and much more. Many alumni of the first Moscow house are still very active in the Jewish community of Moscow and in the global Moishe House community.

“Moishe House offers unique opportunities to young people across the world – including in the Former Soviet Union – to engage with their Jewish roots and explore new ways of creating community on their own terms,” said Marina Yudborovsky, CEO of Genesis Philanthropy Group, which supports Moishe House.

The second Moscow Moishe House will join a global network of more than 120 Moishe Houses and will be the 13th Moishe House in the Former Soviet Union (FSU).