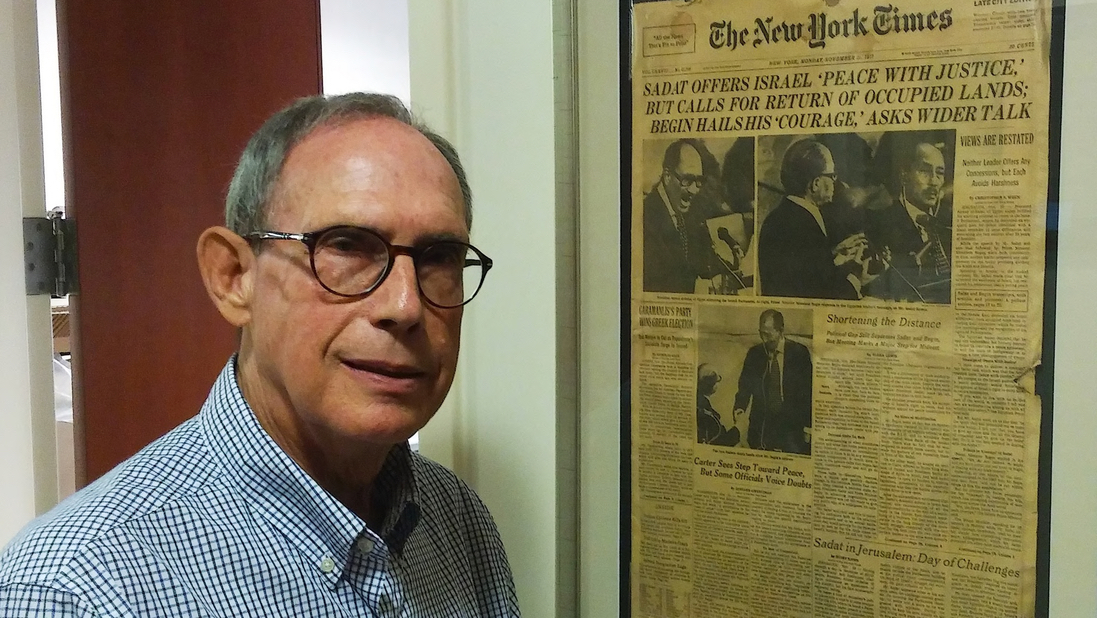 How can we get Israelis more interested in the Diaspora?

“Only the English-speaking press takes the Diaspora seriously,” Minister of Diaspora Affairs Nachman Shai told me this week in an interview.

“I’m currently doing a round of meetings with newspaper editors and trying to see how we can get them to cover the Diaspora. One of the editors-in-chief told me ‘if you succeed in convincing the news editor that he’ll publish a story about the Diaspora then I’ll be willing to consider it — the thing is, it doesn’t interest him,” Shai said.

For more than a decade I've been trying to promote the exact same message to senior officials in the Israeli media. I've been reporting for Hebrew speaking media outlets for many years, and till I started recently writing for The Jerusalem Post, I was the last standing full-time Jewish world correspondent in the Hebrew speaking media.

Nowadays, there are no full-time journalists covering the Jewish world in Hebrew.

Out of all of the Israeli Hebrew-speaking news outlets, they probably focus most on the topic. Yet, even though they are the news company with the most journalists on staff in the country, they couldn’t find room for even one journalist to cover our Jewish Diaspora. Army Radio used to have a 10-minute segment about Diaspora Jews; that has been off the air for many years. There also used to be a weekly late-night radio show called “HaKesher Ha’Israeli” (The Israeli Connection), two hours of conversations with Israelis and Jews across the globe. Recently, it was taken off the air. And, with that, there were no more radio shows dealing specifically with Diaspora Jewry in Israel.

Why isn’t anyone covering the Jewish Diaspora on a full-time basis?
It’s not necessarily the journalists themselves that aren’t interested in covering the topic - especially since hundreds of them have been on “Reverse Birthright” trips to actually learn more about Diaspora Jews. Over the past few years, a vast majority of journalists and opinion-makers participated in programs by the Israel Diaspora Ministry through the Gesher organization. They include four in-depth learning sessions and then a week-long intense seminar abroad. Other organizations have been doing this for years, such as the Ruderman Family Foundation in San Francisco, as well as New York Jewish Federations and the Jewish Federations of North America, the Genesis Philanthropy Group, the Maimonides Fund and others. Israeli journalists have been constantly receiving invitations to participate in conferences abroad.

The problem is with the outlets themselves
I was approached many times with a potential job offer for an Israeli-Hebrew speaking outlet, but most times the employers didn’t see the need for a full-time Jewish Diaspora correspondent. In cases that they were willing to consider hiring someone for the job, they didn’t see this as a serious position but as a very junior and minor topic. I have many colleagues who occasionally address the topic of Jewish communities outside of Israel, but it is genuinely something that they do because of their personal affiliation with Jewish Peoplehood and understanding of Diaspora Jews. As Shai mentioned, there are Israeli news editors who claim that there aren’t enough stories hidden to actually pay someone full-time to cover what is going on in the Diaspora.

Anyone who claims that is ignorant and doesn’t understand that half of the Jews in the world live outside of Israel — and therefore, there are so many possibilities of interesting stories.

The content of Diaspora correspondents from 20 years ago focused mainly on the Jewish Agency and on Aliyah.
Truly, if you think that is the way to cover Diaspora Jews — you don’t understand what the reality is for most Jews around the world. I try to cover the day-to-day life of Diaspora Jews: Whether it a Jewish musician in the UK or a Jewish Chief Justice in Brazil — I don’t have enough time every day to cover all of the fascinating trends, human interest stories and events that are happening in vibrant, and even not so vibrant, Jewish communities around the world. In my opinion, Diaspora Jewry is “sexy” a word Israeli journalists like to use for an appealing news item.

Journalists are great at criticizing, but this journalist actually has an idea of how to change this unfortunate reality: I’ve written a plan to give media outlets an incentive to hire journalists to cover the Jewish world — or even just let one of their existing correspondents take on this amazing challenge.

The solution
My elevator pitch is the following: Approaching large or strategic Israeli media outlets on two levels:
The first is finding suitable journalists who are interested in covering the Diaspora.

The second is creating connections with editors-in-chief and heads of these companies and organizations.

The journalists who get permission from their employers can be part of a small, yet exclusive, club of Diaspora correspondents. They will receive a monthly stipend that will compensate for the time they are investing in covering international Jewish affairs. This is good for the journalist, obviously, but also for the employer that is able to, in a way, give this employee a small raise, without having to actually pay for it.

In addition, the journalists in the new club will participate in a rich and in-depth course that will give them basic tools to cover this new and unique beat. They will have the ability to ask for funds to cover travel expenses when covering exclusive stories of Jewish life — without being dependent on organizations paying for their flights abroad and expecting coverage in return. They will need to create a certain amount of content that has been determined and approved by the program’s management and their editors. Whether it is news segments, radio shows, podcasts, TV shows or guest appearances on talk shows — this is a program that expects immediate results.

Most media outlets in Israel, as in the Diaspora, don’t have huge budgets to spend. Therefore, any additional funds that are offered in order to create quality content - would most probably be embraced. This is a way to emphasize that every news outlet in Israel will NEED journalists who know the Jewish world, and maybe even potentially create a small ecosystem of job opportunities for these journalists to move from one outlet to another.

Only by having a constant presence in the different media outlets, that will communicate Jewish life to Israelis - can we make a real difference. That will be the difference between this initiative and others, such as “The New Jew” tv show by Guri Alfi and my friend Moshe Samuels: It isn’t enough to air four episodes of amazing content (and it truly is an inspiring tv show about American Jews). In an era of Netflix and Apple TV, there is nothing more important than being consistent.

Covering Diaspora Jewry for 11 years in Makor Rishon, a right-wing conservative Israeli newspaper was something that — I hope — exposed the Religious Zionist sector and opinion makers on Israel’s right to learn about a phenomenon most of them never heard of. Doing so allowed me as a journalist to dive deeper and deeper into Jewish life in the Diaspora. It also enabled me to learn about different types of Jews, and visit and write about more countries and trends in global Jewry. Not everyone liked the fact that I interviewed anti-Israeli Satmar Chasidim and anti-Israel extreme left-wing activists. But only while creating a dialogue with them, was I able to allow my readers to have a true glimpse into what is going on abroad.

This idea has been floating around in my head for a while and its about time for this idea to become reality. I therefore am calling upon Israelis such as President Isaac Herzog who has the Jewish world as part of their DNA; Diaspora Minister Nachman Shai and philanthropists that understand the power of media to create changes in society: You are welcome to take my plan and do with it as you choose. Without any external intervention in the current reality of Israeli media, it will be almost impossible to make real changes in Israeli society. If we don’t act now, we’ll continue to hear about Diaspora Jewry only when there is an antisemitic terrorist attack or when the Jews of Ukraine are on-the-run.