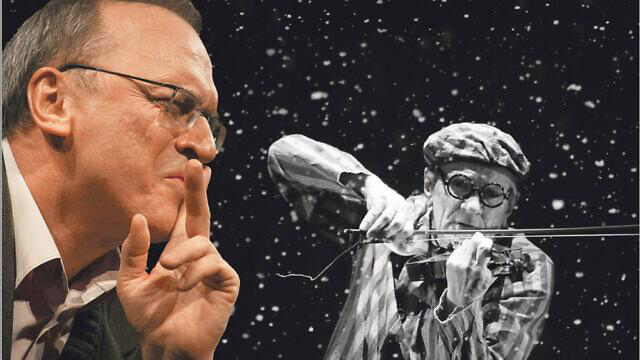 The multinational influence was hard to ignore this week as a Ukrainian theatre company performed a French play in Israel in the Russian language with Hebrew translation.

The premiere of False Note by the Lesya Ukrainka Russian Drama Theater, which is based in the Ukrainian capital of Kiev, was performed on 20 November at Israel’s national Habima Theatre, directed by Ukrainian Kirill Kashlilov.

It is based on a 2017 play by contemporary French playwright Didier Caron, which has drawn the attention of several of the world’s leading theatres, and will now be shown in Tel Aviv, with the support of Genesis Philanthropy Group (GPG).

Last year, Habima Theatre celebrated its centenary with an anniversary guest performance at the Vakhtangov Theater in Moscow, and has since worked with GPG to bring more Russian-language productions to the stage in Israel.