THE SINGER, THE SCIENTIST AND THE FINANCIAL WIZARD 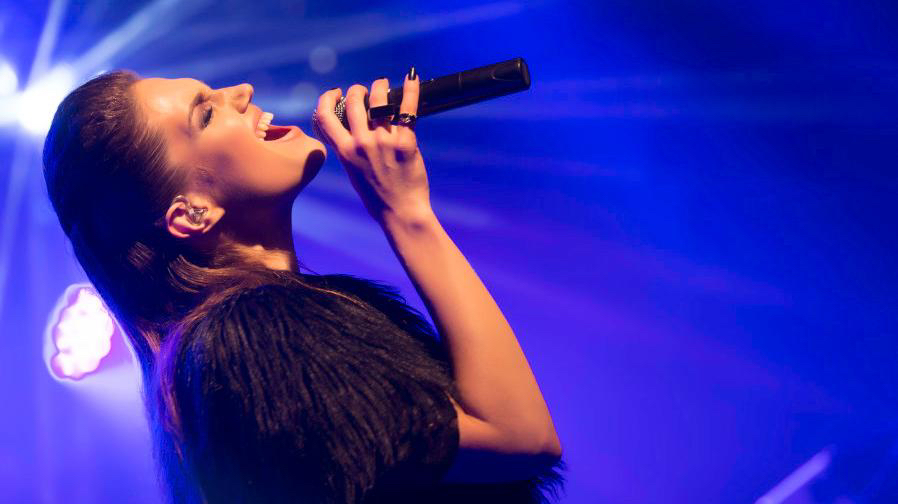 A new generation of Russian-speaking Israelis.

The great wave of aliyah from the former Soviet Union of the late 1980s and 1990s has given rise to a new generation of Russian-speaking Israelis, confident and comfortable in their homeland, yet mindful and appreciative of their Russian background and upbringing. Marina Maximilian, Kira Radinsky and Michael Pechatnikov are emblematic of this new generation of Russian-speaking immigrants, and are making their marks in their chosen fields of the arts, science and technology. They are all under 40 and represent this next generation.

A classically trained pianist, musician, virtuoso singer and jazz vocalist, MARINA MAXIMILIAN is a rising star in the music world. Born in 1987 in Dnipro, Ukraine, Maximilian immigrated to Israel at the age of three with her family. She explains that while many Russian-speaking Jews chose to move to the United States or Canada, “My father and late grandfather were very Zionist and wanted to come to Israel.”

Together with her parents, brother and grandparents, Maximilian moved to Pardes Katz, a northern neighborhood of Bnei Brak. Her mother was a piano teacher. “Music was always significant and important in our home,” says Maximilian, who went with her mother to her piano and choir lessons, and later became a student in the conservatory. She began performing at jazz clubs at the age of 15, including the prestigious Red Sea Jazz Festival in Eilat, and was runner-up in the Kochav Nolad (“A Star is Born”) singing competition in 2007. In 2014, she was named “Woman of the Year in Music” by Galgalatz music radio station, and has released two albums.

“In terms of my overall mindset, I consider myself Israeli,” Maximilian says. “Yet my ‘Russian’ values are very much ingrained within my work ethic and manners.” Recalling her youth, she adds, “To sit and practice every day in the conservatory, when I heard other kids playing ball in the courtyard, is the type of work ethic that comes from my upbringing.”

Maximilian explains, “The percentage of doctors, professors, music teachers, scientists and mathematicians is part of the Russian Jewish culture, and education is considered a supreme value in that society.” She is grateful to her parents for moving to Israel. “My parents moved to Israel for our future. They sacrificed to ensure our future. We are proud of them, and they are proud of us. When I see the smiling faces of my family at my performances, it gives me the greatest happiness.”

KIRA RADINSKY, 32, chief scientist and director of data science at eBay, received her PhD from Technion-Israel Institute of Technology at the age of 26. Born in the Ukraine, Radinsky moved to Israel as a preschooler with her family, and grew up in Nesher, near Haifa. “I grew up with my mom and aunt. Both are academics with graduate degrees in math and computer science, and have a very high work ethic. My mom worked in three jobs simultaneously but always found time to drive me around to all my activities, and to encourage me to do the things I love. My aunt and mom set a great example of how to pursue things that I want, to embrace changes, and to enjoy myself. They never complained and always knew the value of education. I think seeing that there is nothing I cannot do was the best lesson I got from them.”

Radinsky received the Israel Defense Prize while serving in the IDF. Today she is a leading researcher in the field of predictive analysis, and serves as a board member for Maccabi Healthcare’s Data Science Institute. “Israeli tradition has long been known for its deep belief in tikkun olam – improving the world and building a model society. Israel has long shown its dedication to social justice through its healthcare systems, providing care for any and all while digitizing data at an accelerating rate. This data has been accumulating for 20 years and serves today as a groundbreaking change in the way healthcare can be provided to Israelis.

“For the first time in history,” she explains, “a medical system can study its patients statistically for long periods of time and provide insights originating from big data to better predict diseases. The prevention of illness is playing an ever-larger part in the Israeli medical ecosystem, as start-ups and homegrown initiatives of the health organizations are building digitized solutions to intervene and protect people from chronic disease as early as their birth.”

Echoing the words of Marina Maximilian, Radinsky says Russian-speaking immigrants are “highly educated people with a strong work ethic, striving for perfection. They were hungry for success after years of oppression.”

MICHAEL PECHATNIKOV, 37, was born in St. Petersburg and immigrated to Israel with his family in 1992, when he was nine years old. The family first lived together in Petah Tikva. “My father was an engineer in Russia,” says Pechatnikov. “When we moved to Israel, he was told that engineers need to know how to program computers. He began to learn programming on his own, and I began to study with him. I was nine years old. I learned the BASIC programming language, and then C++.”

Pechatnikov’s father worked at Israel Aircraft Industries on satellite development, and young Michael worked there as a volunteer at the age of 12, helping to develop a payload simulator that would be used to direct an AMOS-1 satellite for several years. Pechatnikov founded three start-ups by the age of 33, including Telmap – a technology for transmitting maps on the Internet and on mobile phones – and VisionMap, which provides high-altitude aerial imaging. Telmap and VisionMap were sold to Intel and RAFAEL, respectively. Today, Pechatnikov is CEO and managing partner of Sharpe Alpha Capital, which uses algorithms to analyze more than 10,000 funds around the world.

Pechatnikov explains that to be a Russian Jew always meant working extra hard. “When the Jews lived in Russia, they had to be better than everyone else in order to be accepted to university and to succeed. Here, too, when we came, we didn’t take the bus, we saved money and walked on foot. My parents did everything on their own so they could survive.”

Pechatnikov says his parents were able to continue working in their chosen professions after arriving in Israel. His mother worked at Bar-Ilan University in micro-biology research, and his father continued his engineering work at Israel Aircraft Industries. “It’s important for new olim [immigrants] to try to keep working in their professions in the things that they did in the past before making aliyah,” he says.

“Russian-speaking Zionist Jews have played a crucial part in laying the foundations for the Jewish national revival and the reestablishment of the Jewish State. We, the Russian-speaking Israelis of today, have inherited both their glorious legacy and their values, and we’re just as determined as they were to do our part to make an impact on the future of the Jewish people,” said Natalie Shnaiderman, director of global grantmaking at Genesis Philanthropy Group, which seeks to develop and enhance a sense of Jewish identity among Russian-speaking Jews worldwide.

Marina Maximilian, Kira Radinsky and Michael Pechatnikov are the faces of the next generation of Russian-speaking Israelis – proud, successful and on the rise.

Read more about the joint project of Genesis Philanthropy Group and the Jerusalem Post — "70 Russian-speaking Jews who shaped Israel."