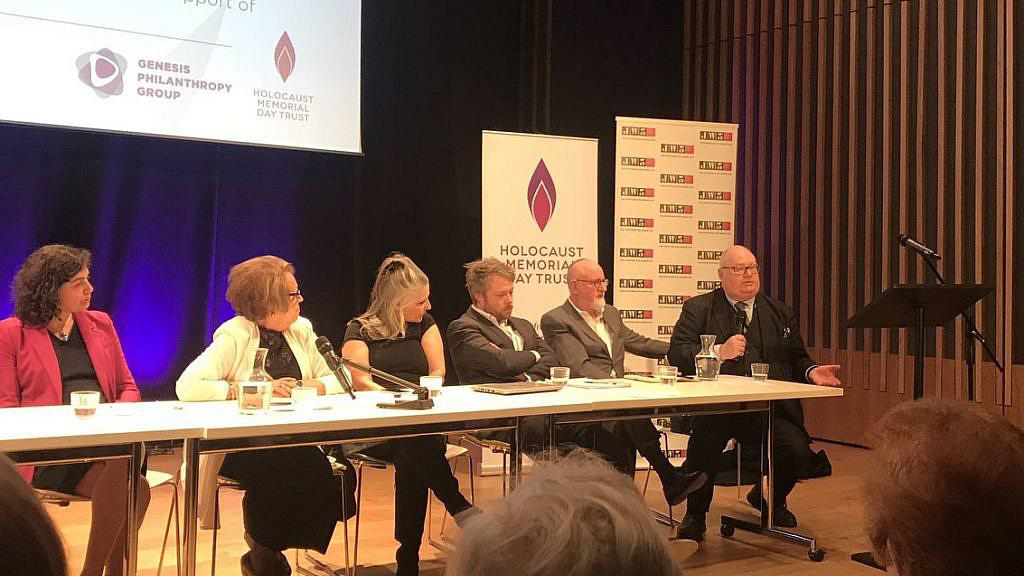 After heated discussion lasting almost two hours, panel of experts conclude that there was more work to do in the field of Holocaust education.

Ten leading educators and policy-makers in the field of Holocaust studies took part in a special event at London’s JW3 this week to consider whether, with the rise of antisemitism today, Holocaust education had failed.

But after an intensive discussion lasting nearly two hours, the panellists concluded that there was more work to do in Holocaust education — but that there was not necessarily a causal link to increased antisemitism.

One — perhaps surprising — conclusion was that a strategic error had been made in not including the Armenian genocide in Holocaust memorial commemorations. An audience member said that the “denial and indifference” of the Armenian genocide had given impunity to the Holocaust not being stopped in its tracks”. Wiener Library Ben Barkow agreed, saying its exclusion was “morally indefensible” and Henry Grunwald said that such exclusion was “an anomaly which ought to be revisited.”

Ruth-Anne Lenga noted the major contribution of survivors who spent so much time speaking in schools, responding to survivor Mala Tribich, who spoke about a school which had asked her to give a separate presentation to parents as well as to students. Ms Lenga said: “Survivors don’t do this because they want to do it. It is a compulsion and they feel a duty… in many ways I feel it is a sacrifice, to re-live the nightmare in order to hope that young people will know more about the Holocaust, and that it can change attitudes, including attitude towards Jewish people, is a great thing to do. We are indebted to you.”

Giving a necessarily brief overview of the state of antisemitism, Dave Rich said: “Antisemitism has always posed a danger to us, but the problem comes when it poses a danger to society.” He said that the recent killings in the New Zealand mosques and the murders in a Pittsburgh synagogue last year were pointers of a “far right, resurgent and murderous.” He said there was a need to educate about antisemitism and not just the Holocaust itself.

All the panellists felt there should be improved teacher training and Dame Helen Hyde noted that Holocaust education was not inspected by Ofsted. She also argued for a change in terminology — “anti-Jewish racism” rather than antisemitism — as a better way of putting over the meaning of the message.