Stars come out for JW3 in £330k fundraiser 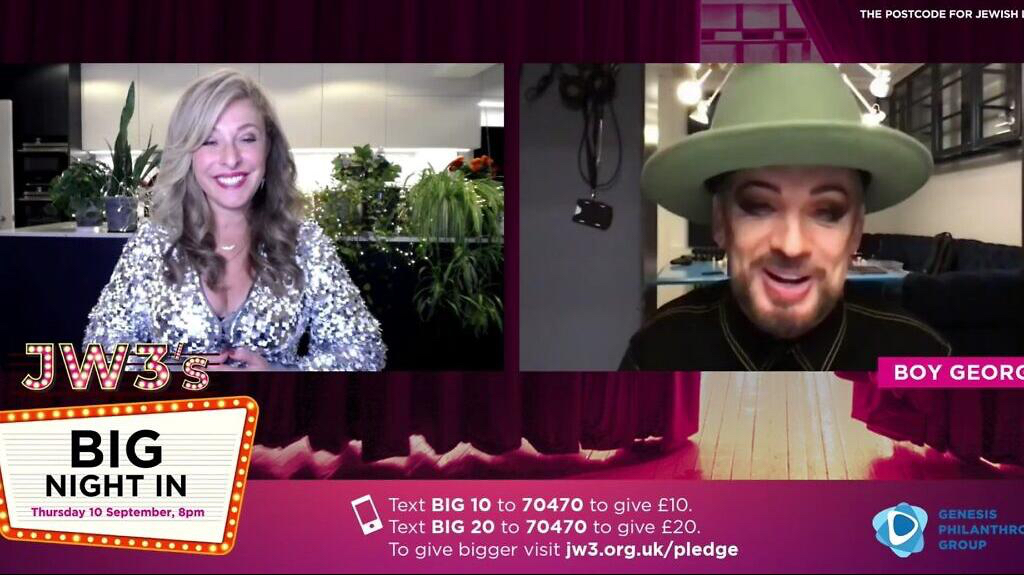 Tracy-Ann Oberman and a host of celebrity guests helped JW3 raise more than £330,000 for its Big Night In programme, which was broadcast on YouTube on Thursday night.

Around 2,500 people from around the world tuned in to digital conversations with Stephen Fry, Jason Isaacs, Mark Ronson, Boy George, Imelda Staunton and Jim Carter among others.

The programme also included Simon Callow reading an extract from Israel Zangwill’s The King of Schnorrers, a video performance from Boy George and a short quiz presented by Victoria Coren Mitchell.

Ms Oberman hosted the two-and-a-half hour event from her kitchen, set against a backdrop of plants lit with fairy lights.

The fundraising total was more than double the initial £150,000 target, with the Genesis Philanthropy Group matching the first £100,000 donated by viewers.

Raymond Simonson, JW3’s chief executive, said the cultural centre had lost £1.5 million in income this year because of the pandemic.