Limmud FSU from the Atlantic to the Pacific 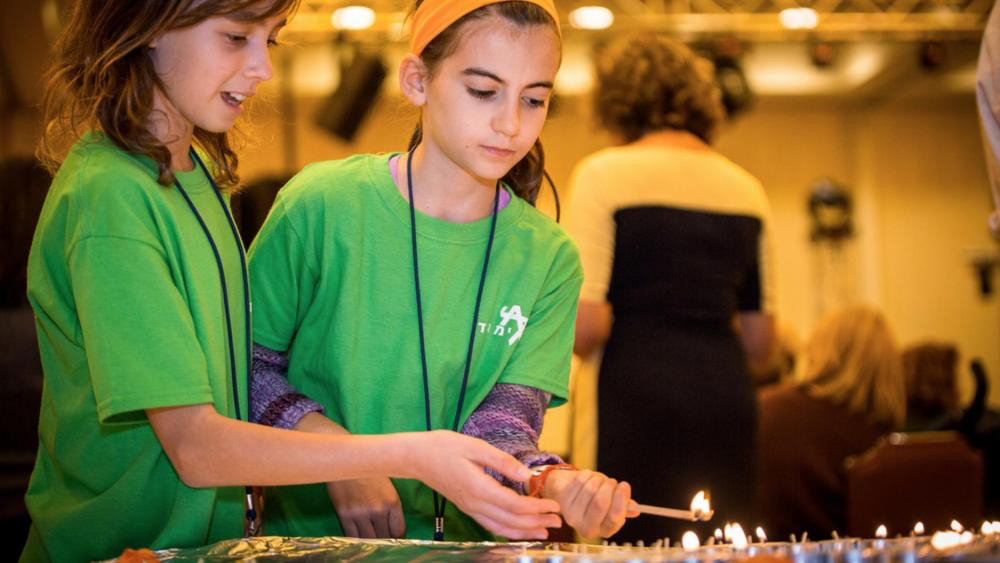 “I do Limmud because I enjoy the sort of diverse community learning affair that we manage to build”...

explains New York-based volunteer, Inna Penek, a sentiment echoed by veteran New York Limmud FSU Organizing Committee member, Zhanna Bayl: “There is something for everyone and it’s not prescriptive or dogmatic. You have a chance to expose yourself to topics that already interest you; you are almost guaranteed to wander into at least one unexpected session, and learn something that you did not think would resonate with you.”

Based on the model that was born in UK 40 years ago, of volunteer-driven, egalitarian, pluralist Jewish peer-learning gatherings, Limmud FSU was created 12 years ago to address the specific needs of Russian-speaking Jews in the countries of the former Soviet Union (FSU), but quickly spread to Russian-speaking immigrants to Israel, and Russian-speaking Jewish émigrés to various countries of the Diaspora. The first festival in North America was held on Long Island in 2009, and since then, annual events have impacted over 10,000 Russian-speaking Jews in North America of all ages, and have engaged some 1,000 volunteers in developing and running them. From New York, the model spread to the West Coast, where festivals have been held in both Los Angeles and San Francisco. In addition, there have been six festivals in Canada since 2014.

Only some 20 percent of the estimated 800,000 Jews who live in the countries that emerged after the USSR disintegrated are meaningfully engaged in Jewish activities, while in the US, where Russian-speaking Jews are as much as 15 percent of the Jewish population, and in Canada, where the percentage is slightly higher, few are engaged with mainstream educational programming, primarily because of cultural differences and perceived gaps in levels of Jewish education. Limmud FSU provides an answer through festivals of Jewish learning that resonate with the target audience, largely because the one to three day gatherings are specifically geared to them, are sensitive to their special history, culture – and language – but perhaps above all because the festivals bring with them an aura of total authenticity as events that are developed by Russian-speaking Jews, for Russian-speaking Jews, all working as volunteers.

This in itself is unusual, for in the Soviet Union volunteerism was utterly inauthentic and imposed from above, and in the post-Soviet era Jewish programming in the FSU was entirely funded by the international Jewish organizations that mounted them.

And yet the success speaks for itself – since the first Limmud FSU conference in Moscow in 2006, more than 70 events have been mounted by 13 groups in nine countries, and have impacted 55,000. Most festivals have special programs of age-appropriate activities for children, and participants frequently note that Limmud FSU festivals are opportunities for members of the family of all ages to learn about and reconnect to their Jewish heritage. No less, Limmud FSU conferences enjoy an extraordinarily high level of satisfaction – based on feedback from the 2017 conferences, over 90 percent, and for many of the events over 97 percent of the participants, reported that they intend to attend Limmud FSU again.

Sessions are lectures, workshops, spiritual experiences, literary readings, and musical performances on a huge spectrum of topics given by educators, journalists, politicians, artists, entrepreneurs, and musicians drawn from within the Limmud FSU community, as well as world-renowned specially-invited figures. In a full three-day festival there can be as many as five sessions running simultaneously at some time slots and a total of more than 150 different sessions in total. The next festival in New York will be a one-day celebration of Jewish learning on June 16; a three-day festival will take place in San Francisco in September or October.

For Eric Fihman, a member of the West Coast organizing committee, the importance of Limmud FSU is the opportunity it offers to Russian-speaking Jews living in North America to acquire Jewish literacy: “Many of us did not grow up with much Jewish education and I really believe that we should all know our background, our history, our heritage, why we are Jewish, what it means to be Jewish.”

“Limmud FSU is a low barrier entry point for those who are curious but tentative,” explains New York Organizing Committee member, Bayl. “It is a great example of how people are practicing their Jewish identity,” explains Mila Volhanski, project manager of Limmud FSU Canada. “It gives people an opportunity to own it as well through volunteering. If you feel like you own it, and it’s yours, and you can influence it, then obviously you will be more involved and interested in pushing it forward.”

In practice this means that frequently, Limmud FSU participants become presenters and volunteers; volunteers morph into leading activists and members of the festivals’ organizing committees that plan every aspect of the gathering, from content through publicity to location and registration. The committees are also responsible for raising part of the budget need to mount the event, and while some are more successful than others, over 80 percent of the budget for the 2017 San Francisco festival was raised through local efforts or through donations by festival activists, and the 2018 festival in Toronto was a full three-day festival rather than the one-day event that was originally planned because local Limmud FSU activists successfully raised the necessary funds.

And this activism then often spreads beyond the Russian-speaking Jewish population: for a significant number of participants, Limmud FSU is the gateway to Jewish communal life; participating is often a trigger for learning more; activism within the Russian-speaking community is often a stepping stone to engagement and activism within the wider Jewish world.

The conferences are today complemented by leadership training programs, being piloted first in the US. These programs combine sessions on how to work with volunteers and sponsors, and detailed work by the subcommittees of the festival organizing committees on every aspect of building the festivals with opportunities for the volunteers and other activists to hear lectures on Jewish topics and engage in Beit Midrash-style Jewish learning. While interested in community involvement, many of the Limmud FSU volunteer leaders themselves have limited Jewish knowledge – and often do not have the time during festivals to attend sessions.

The long-term goal of Limmud FSU is to nurture long-term leadership for the Russian-speaking American Jewish community. “Limmud FSU allows us to write our own story, a story where everything that happens is a reflection of our unique experience, our heritage, and our passions,” explains Noam Shumakh-Khaimov, originally from Ukraine, and now project manager for the US festivals. “It gives us a voice in the very important contemporary American-Jewish conversation, and helps us claim our name and place.”