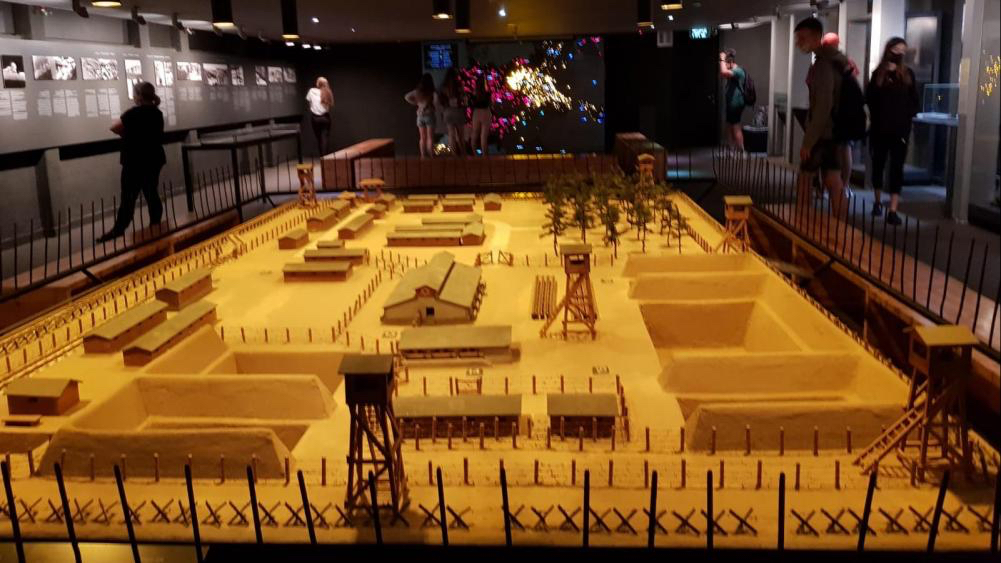 Collaboration between Ghetto Fighters’ House Museum and Genesis Philanthropy Group, and organisers hope to incorporate the story of the Shoah of Soviet Jewry into Israeli learning.

Israeli schoolchildren learning about the Holocaust will soon be able to visit Russia virtually to understand how Soviet Jews both fought and suffered under the Nazis.

Most Israeli secondary school pupils travel to former Nazi camps across Europe, most notably Auschwitz-Birkenau, but a pioneering team from the Israel-based Beit Lohamei Hagetaot – Ghetto Fighters’ House Museum, came up with an online alternative seminar, prompted by the lack of travel during lockdown.

It is a joint collaboration between the museum and Genesis Philanthropy Group (GPG), and organisers hope to incorporate the story of the Holocaust of Soviet Jewry into Israeli learning.

The six-hour programme, specially tailored for groups of up to 20, will cover the heroism of Jews who fought the Nazis, explore the meanings of memory, and prompt discussions about awareness, activism and communal involvement.

Using a mixture of lectures, workshops and films, it will give an overview of the Holocaust in Soviet territories with a guided tour of the museum’s relevant exhibitions.

Included in the learning will be a Bielski Brothers workshop, dedicated to the legendary family of Jewish partisans, and a session on heroes hailed by Yad Vashem as Righteous Among the Nations.

There will also be a portable gaming workshop, described as “visual escape room sets, which use quest-room methods for exploring the individual life stories of five inspiring characters that lived in the Soviet Union territories during the Holocaust”.

By September, Beit Lohamei Hagetaot says it will have developed virtual tours of three of its 15 thematic halls, and offer a guided online visit with 10-15 “discussion stations” to broaden the learning experience, augmented by original artwork and video testimonials.