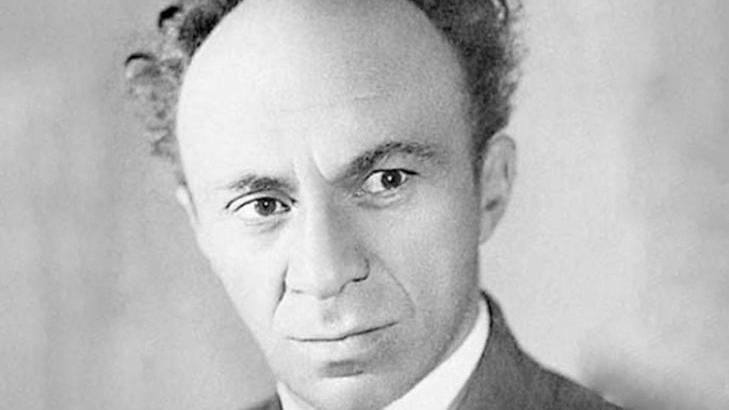 Born Shloyme Vovsi in Dvinsk (now Daugavpils, Latvia), the genius actor Mikhoels became the chief director of the State Jewish Theater in Moscow. During World War II, he served as chairman of the Jewish Anti-Fascist Committee. Mikhoels’ assassination by Stalin’s secret police, although officially billed as an accident, augured the darkest years for Soviet Jewry.

Dr. Gennady Estraikh is a professor at the Skirball Department of Hebrew and Judaic Studies at New York University, where he also directs the Shvidler Project for the History of the Jews of the Soviet Union. Born in Zaporizhzhia, Ukraine, he was the managing editor of the Moscow Yiddish literary journal Sovetish Heymland (Soviet Homeland) from 1988 to 1991. From 1991 to 2002, he lived in England, where he worked at the Oxford-based Institute of Yiddish Studies and the London University’s School of Oriental and African Studies. In 1996, he received his doctorate from the University of Oxford. His fields of expertise are Jewish intellectual history, Yiddish language and literature and Soviet Jewish history.

Dr. Vassili Shchedrin received his Ph.D. in modern Jewish history from Brandeis University in 2010. Since then, he has taught at many campuses in North America and overseas, including Virginia Tech, Ohio University, Franklin and Marshall College, University of Florida and St. Petersburg State University in Russia. Schedrin is the Alfred and Isabel Bader Post-Doctoral Fellow in Jewish History in the Department of History at Queen’s University in Canada. Schedrin’s publications on the cultural and political history of Russian Jewry from the 18th century to the present include many articles and a book.

Maxim D. Shrayer, born and raised in Moscow, is a bilingual author, scholar and translator. A professor of Russian, English and Jewish studies at Boston College, Shrayer serves as director of the Project on Russian and Eurasian Jewry at Harvard’s Davis Center. Shrayer authored and edited over 15 books in English and Russian, among them the internationally acclaimed memoirs “Leaving Russia: A Jewish Story” and “Waiting for America: A Story of Emigration,” the double biography “Bunin and Nabokov: A History of Rivalry,” the Holocaust study “I SAW IT” and the travelogue “With or Without You.”

Cosponsored by the Davis Center for Russian and Eurasian Studies and the Center for Jewish Studies at Harvard University, and made possible with the generous support of Genesis Philanthropy Group.