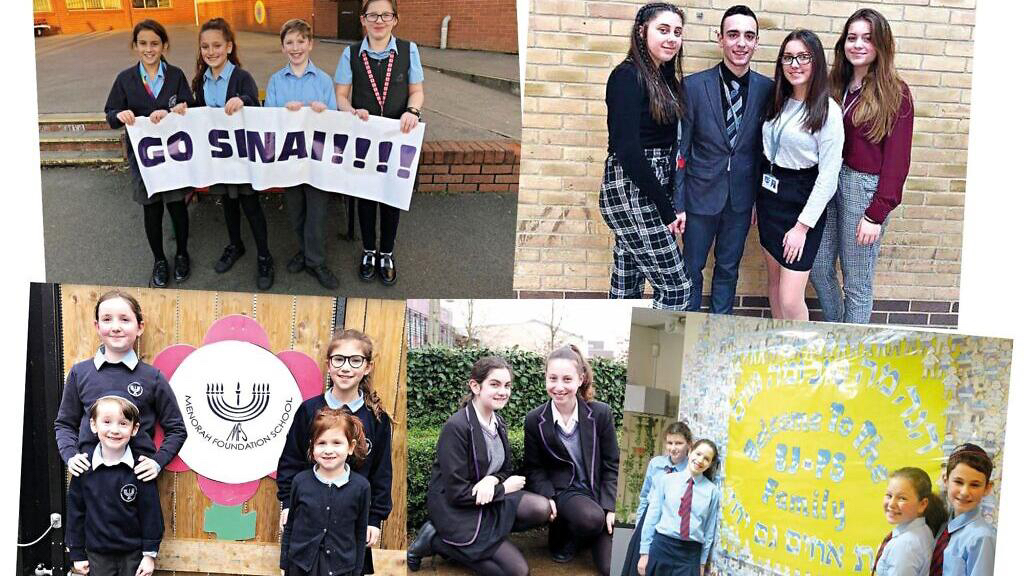 Finalists are revealed in innovation event worth £13k to Jewish schools, in an initiative launched by the Partnerships for Jewish Schools.

Six teams of innovative students from Jewish primary and secondary schools have made it through to the final round of a Dragon’s Den-style competition to win up to £8,000.

The competition was launched in October and is open to pupils to pitch their ideas for special student-led projects in their respective schools.A total of 24 teams entered from 18 schools and the final half dozen have now been shortlisted.The initiative was launched by Partnerships for Jewish Schools (PaJeS), a division of the Jewish Leadership Council, to mark the fifth anniversary of the Jewish Schools Awards. It is being supported by the Genesis Philanthropy Group (GPG).

Winners, who will be announced on 11 February, have to “demonstrate the sustainability of their project, set out clear budgets, establish how their project will positively impact their school and, crucially, exemplify key Jewish values”.

In the ‘Den’ will be an array of esteemed Jewish judges including Alejandro Okret who heads Moishe House, Chana Kanzen, boss of the cutting-edge education initiative Jewish Interactive, PaJeS board member Anthony Wagerman, and businessman and philanthropist Leo Noé.

Rabbi David Meyer, director of PaJeS, said “I am incredibly proud of this exciting project. Our pitch initiative not only provides young minds an opportunity to bring thoughtful ideas that align with their Jewish identities to the table, but also encourages pupils to give back to their schools and work collaboratively.”

GPG president and chief executive Ilia Salita said: “The finalists have shown incredible talent and creativity. We have no doubt that, through the rigorous final stage of the competition, the team that will emerge victorious will successfully implement their idea for the benefit of their school and the wider Jewish community".

Ideas that excited the judges

Their idea is to turn their school hall into a ‘Hall of Israel’. Year 6 pupils will be trained as ‘tour guides’ to help pupils as well as children from non-Jewish schools learn and understand about Israel’s history and geography in a fun and interactive way.

Their idea is to create a Science Nature Garden, transforming the current Early Year garden space, which is barren and bare, into a garden to play and learn in – complete with lookout shed, forest school, sensory garden for special needs children, and vegetable growing boxes.

Their idea is to create a school radio station to enable pupils to be creative, share their learning and put a smile on people’s faces through lively DJ performances and upbeat music.

Their idea is to use a 3D printer to make emotional support toys. Students will do the design, thinking carefully about how the toys can support a child who is finding something difficult or challenging and donate the toys to children that need them.

Their idea is to create a Japanese-inspired school garden to create a calm and tranquil area in the school for both students and staff, to promote mental wellbeing, to encourage physical activity through gardening, and to improve the air quality around the school car park.

Their idea is to form an ‘Eco-Club’ to implement positive environmental changes and to make the school more environmentally sustainable, particularly by addressing current levels of paper and plastic use.