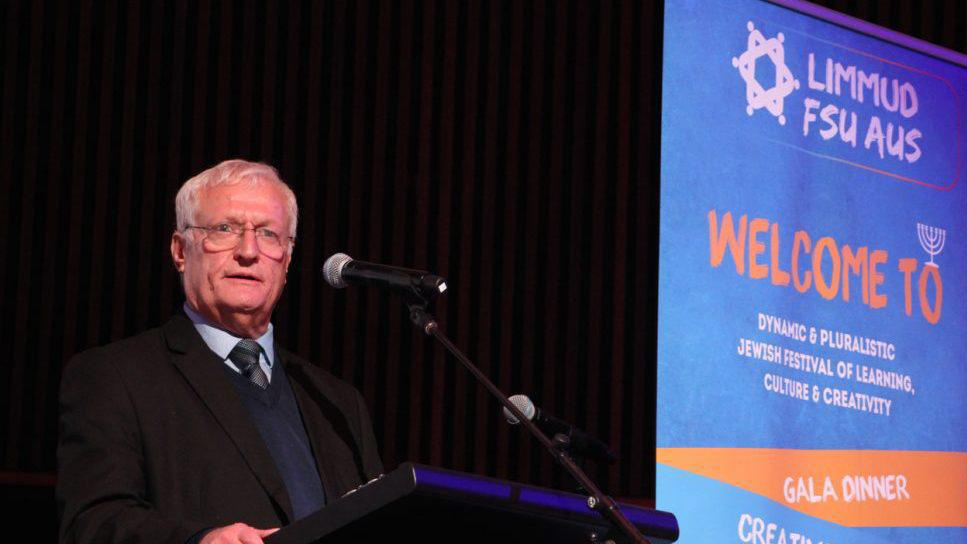 The University of NSW’s Roundhouse Centre turned Russian for a day on October 14, as more than 250 Russian-speaking Sydney Jews enjoyed...

Vanagaite, who spoke Russian during her presentation, said she remains determined to push for the acknowledgment within Lithuania of the actions of perpetrators of Holocaust-related crimes, and confirmed she is working on a second book with a leading expert on the Holocaust in Lithuania, Dr Christoph Dieckmann.

Jerusalem-based Limmud FSU founder and chairman Chaim Chesler attended and told The AJN he was very impressed by the quality of the program, describing it as “unbelievable”.

“Limmud FSU now has 50,000 members in 11 countries, and we are proud to continue to develop our activities here in Australia,” Chesler said.

“While it is a small community here, the impact of Limmud FSU is really big – I would say bigger than in Los Angeles – because there was nothing like it in its place before.

“There were girls and boys here today who told me they’d never believed there would be an event like this – that feedback was great, because they are the future of the community.”

Israel’s ambassador to Australia Mark Sofer said, “The FSU communities around the world, including here in Australia, are among the most beautiful, wonderful, and contributing communities to Jewish history and its future – all of that gives us an inner strength.”

Event manager and Kangarusski community coordinator Anna Maylis thanked the organising committee, major sponsors, and a large group of volunteers for making possible a “festival that demonstrates the unity of our community and its strong connection to Jewish culture and heritage”.

Generous support was provided by Genesis Philanthropy Group, Harry Triguboff, the Zionist Federation of Australia, the Conference for Material Claims Against Germany, and several other Limmud FSU donors.