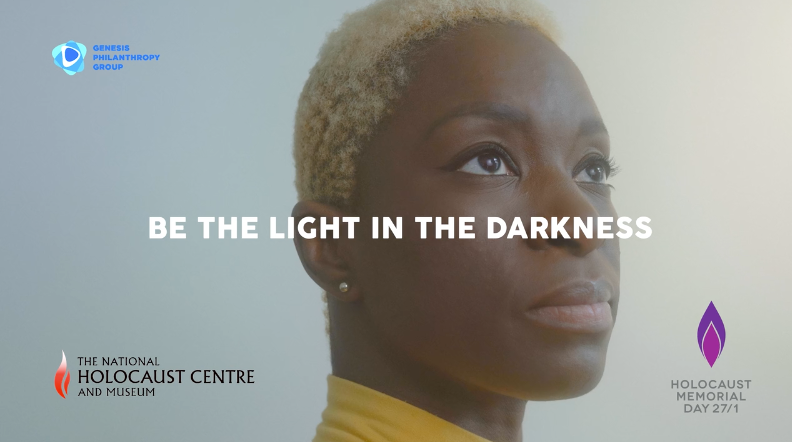 The 90 second video called ‘Darkness to Light’ premiered this week, exploring fake racial science which classified black people and Jews as inferior to white people – 100 years before the Shoah.

Produced by the National Holocaust Centre and Museum in Nottingham, the clip features Robert Rinder, who is Jewish and Melone M’kenzy, who played Shenzi in the Lion King.

Rinder, who recently fronted an acclaimed BBC documentary entitled ‘My Family, The Holocaust and Me' ,  said: “Millions of Jews and others, including my family had their lights snuffed out in the darkness of the Holocaust.”

“This video teaches human beings from every political point of view that the rights of humans are fragile and for history to journey in the direction of truth and justice requires love, compassion and truth. I am proud to be a small part of sharing this video.’

Thanking donors, the Genesis Philanthropy Group,  The UK National Holocaust Museum’s CEO Marc Cave reflected on how the pandemic has brought “out the good but also unfortunately the bad in us. It has created new conspiracy theories dredging up old prejudices.

“In this film the wonderful Robert Rinder and Melone M’Kenzy show us what can happen when we forget these basic principles of civilisation. On Holocaust Memorial Day, we remember the unique horror of the Holocaust. But we also remember that the ideology of division, segregation and persecution which underpinned the building of empires.”

The video was produced and directed by Malcolm Green.

The NHCM is also running a series of 4 live-streamed events to mark HMD 2021, which has the theme of ‘Be The Light In The Darkness’.