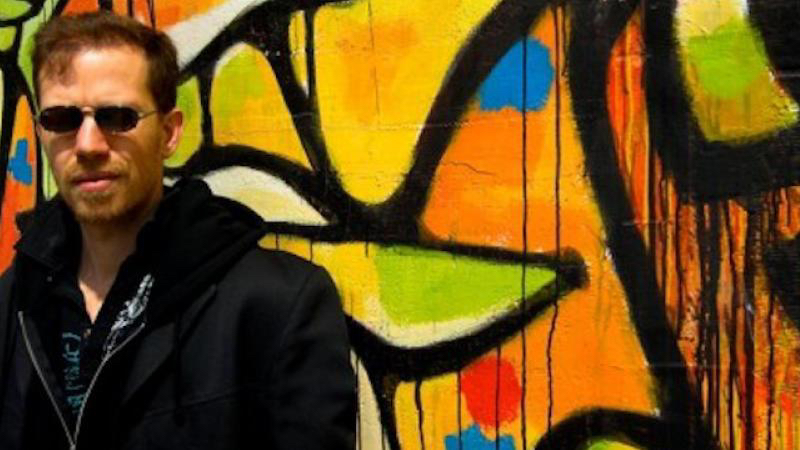 There is the history of textbooks and academic tomes. There is the history of witness testimony. And then there is the history, conveyed through art, suspended between truth-telling and imagination, which is the beginning of myth. Watching a rehearsal of Alon Nechushtan’s new jazz-opera Survival Codes, I thought about the relationship between history and mythology. The play is about the world of Soviet Jewish refuseniks—a slice of recent Jewish narrative familiar to me through family stories, books, and films. Yet, it occurred to me, there is something about musical theater that has the power to move history deeper into mythology. The birth of a myth is not a mysterious, inexplicable moment, buried in time. It was happening right in front of me, at rehearsal, in the creaky, old building of the Brooklyn Music School, among the eerily empty rows of seats, with a scattering of a few friends, press members, and the play’s director, James Martinelli, who was shouting directives to the actors, and working out the tech cues.

Survival Codes, which premieres on Thursday, June 28, is written by Nechushtan, an Israeli-born composer and multi-instrumentalist who also plays piano during the performance. Although he calls Survival Codes a jazz-opera, Nechushtan is reluctant to assign a specific genre label to the work. As he told me in our phone interview: “I was trying to literally break every box that I could. … I just wrote what I wanted to hear.” The result is, indeed, eclectic—the score contains jazz and soul grooves, classical-sounding compositions, and plenty of references to pop. At one point, you discern a klezmer-tinged take on The Clash’s “Should I Stay or Should I Go.” Another piece alludes, in its melody, to Billy Joel’s “We Didn’t Start the Fire.”

In addition to writing the music, Nechushtan composed the libretto, as well as the dialogue. The idea for the work occurred to him during an artist residency in Ossining, New York, which is the home of Sing Sing, a notorious correctional facility. Needless to say, imprisonment and exile, as well as the endless paranoia of an arrest that can happen at any time, is central to the refusenik story, and is thus among the central motifs of the play. The motif’s corollary, liberation, is linked with the characters’ ability to communicate with one another. Indeed, when the phone lines are tapped, and the walls have ears, one needs code to speak about forbidden matters. Code is a classic survival tactic of the oppressed, a language in disguise, and a lifeline for a culture whose independence is being thwarted. Yet, codes also belong to the realm of the mystics, who deal with concepts that simply cannot be conveyed through everyday language. In Nechushtan’s jazz-opera, the notion of the code belongs to both of these worlds.

In fact, the drama’s central tension is between code’s utilitarian purpose as a means of survival and its lofty transcendent usage. The protagonist, Bruno (Brandon Fox), is a Soviet composer and activist. He is zealous about Judaism and wields, in equal measure, wit, guilt, and ideology to convince his reluctant love interest, Eliza (Sharon Harms, a soprano), to stand with his cause. At the same time, he wants to use music to invent a perfect means of communication.

He can’t use, say, Yiddish, for even though it is not a language terribly familiar to most KGB operatives, there were always informers around. Hebrew would raise even more suspicions. It seems that a refusenik, or anyone exiled within one’s own country, needs to invent a brand new language—a language that isn’t tied to any decodable past. A language that, because of its peculiar mission and circumstances, becomes sacred.

The theme has a personal relevance for Nechushtan, whose mother was born in the Soviet Union and immigrated to Israel in the 1970s. Hearing and overhearing her stories made an impact on the composer. In addition to reading works by Vladimir Slepak, Natan Sharansky, Ida Nudel and other iconic refuseniks, Nechushtan joined a number of Facebook groups of Soviet émigrés, and inquired among their members about coded languages, the paranoia, and life in the former Soviet Union. The composer sees these people as active contributors to his play, largely through social media. “My [first] question was simple,” Nechushtan said. “Did you use secret codes to communicate with your fellow Jews? A simple question like that brought on hundreds of responses.” Like ancient bards composing their mythic tales based on witness testimony, contemporary versions of mythmaking involve Facebook groups.

Nechushtan’s Bruno is a peculiar character: He has heroic ambitions, yet is often resigned. He scoffs at a “well-wisher” who issues him the “penultimate reminder that the system cannot be broken, no matter how talented you are.” But then, not too long thereafter, he broods: “Mission unaccomplished.” Bruno is not a political figure—he is an artist.

The relationship between Bruno and Eliza is the backdrop of the work. From the outset, they are each other’s opposite—ideologically, as well as musically. Eliza wants to assimilate at all costs; Bruno is stubbornly anti-assimilationist. As the story unfolds, other characters come in, taking their place at either side of the divide, separating the two protagonists. At first, Nechushtan thought “it was going to be a love story between a guy and a girl who have very different opinions about Judaism. I had no idea that it was going to turn into [a production] with almost 30 people on stage.”

Other, more subterranean, voices emerge in the play, too—those belonging to authors that inspired the writing of the work, among them, the Yiddish writers Dovid Bergelson and Chaim Grade. Grade’s famous lines, in Cynthia Ozick’s translation, “I wear Yiddish like a drowned man’s shirt, wearing out the hurt,” are quoted verbatim. In the context of a play, they belong to one of the characters, and that is particularly haunting, given that Grade composed his piece to elegize Soviet Yiddish poets murdered by Stalin. In Nechushtan’s interpretation, the poem belongs to an artist, whose life resembles the experience of those elegized by Grade. To Grade, Yiddish is a drowned man’s shirt because to speak Yiddish is to remain in a state of mourning for the perished speakers of Yiddish. To Bruno, Yiddish is a drowned man’s shirt because he remains identified and endangered by his Jewishness.

As I sat in the dim theater watching the rehearsal, I was struck by the collaborative nature of the work. The play’s director, James Martinelli, was yelling his Brooklyn-accented directives from the back. Nechushtan was dashing in and out of the orchestra pit. Stage techs were updating cues and moving props. The actors were breaking midscene, conferring, and working out their relationship to their characters. Some of them were still fine tuning their accents and intonations. Were they trying to sound Russian? Jewish? Do they actually sound like Americans trying to sound Russian? None of them, as far as I could tell, were native speakers. And that, strangely, is what made the play seem more mythic, universal, and mysterious.