Rediscovering the essential role of Jewishness in Israel-diaspora bonds 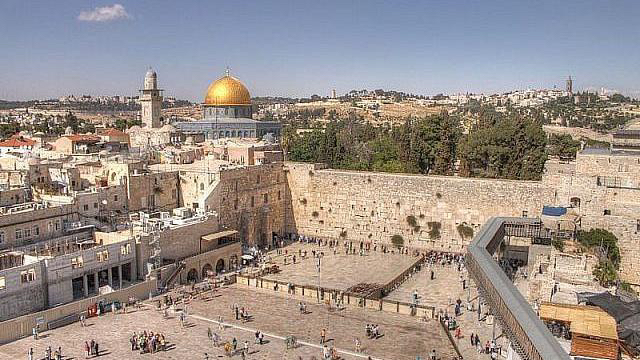 The ‘Our Common Destiny Initiative’ was launched this week - a project of the State of Israel and the Genesis Philanthropy Group.

The star cast includes rabbis and world-leading Jewish intellectuals, who are drafting a ‘declaration’ that will be presented to President Rivlin, and then debated amongst diaspora communities over the next year.

Its avowed aim is to hone a set of key common ‘spiritual and intellectual’ bonds between the diaspora and Israel. However, in order for this exercise to be more than a vanity project it must reach the Jewish world far and wide – not simply characterising Jews in the religiously observant or Zionist brackets.

That is because for most Jews it is pragmatism that informs their Jewishness. A desire to live (sometimes this comes under threat) and hopefully thrive as a human being: putting bagel on the plastic plate, and with any luck some smoked salmon also.

Many Jews, just like mankind generally, will be profoundly concerned by the polarised political scene; from the Corbynite left, who at best disdain capitalism and its self-starting ethos (and at worst hold Israel and Jews ‘responsible’ for those western tendencies); and by those on the right who pounce on the supposed failure of the purported multi-cultural model, with Jews, again, amongst (but not alone) those deemed part of the cult of insularity.

However, an investigation into where the domestic political order leaves Jewish identity may not mean all roads lead to Israel: Because Israel’s political model reflects a society that thinks in absolutes , whereas many diaspora Jews exist in worlds of consensus and progression.

The very lexicon of Modern Hebrew seems plied with overly simplistic identifiers like ‘the religious’ and ‘the non-religious’, which do little to connect Jews ‘outside’ ‘the land ‘to with our Hebrew brethren.

Undoubtedly, a new ‘Declaration’ must reflect universal Jewish achievements - and it is a little cynical that Israel is bringing the Diaspora into play AFTER last year’s Nation-State Bill, which invoked the diaspora card in order to entrench Jewish nationalism. Yet, Israel missed an opportunity to promote Jewish cultural and social achievements outside of Israel – after all if Israel is for all Jews, then it behoves it to take pride in the diaspora.

This includes elevating the role of diaspora Jews who proudly partner Israel in charity and volunteering; in political activism; in business and professional services; in building tourism; but above all, in sharing a common Jewish spirit. This is not armchair Zionism but front-line work that Israel is much reliant on.

This ‘Declaration’ can be a opportunity to reach the younger Anglo-Jewish community, and its range of voices: which is much more divergent between the secular and strictly Orthodox (to use our own denominational speak) than it was thirty years ago. The staunch Zionists still exist, but their reach, naturally, is fading in the younger generation, which is more divided; and less easily impressed by Israel’s offering.

And yet, Israel offers that elusive ticket: to Jewish ubiquity. In a world of identity politics, where the true needs of different groups are rarely understood, living in our Homeland, means just being- not having to try to explain or justify our belief systems in a world which isn’t listening. And that’s why you will find increasing percentages of English-speaking Jews in Tel Aviv, which is cosmopolitan and somewhat less binary than other parts of Israel. Many of these olim aren’t remotely political or terribly religious, but share the desire to not have to explain or rationalise their Jewishness. Herzl at one point coined the idea of a Jewish nation in Uganda. Today it could be New York. But for most of us that is not attainable. So we look to Israel, a ready-made, imperfect, often impatient host. And we start tucking in as best we can. If the intellectuals’ ‘Declaration’ can truly encompass those people then it might just elevate understanding between cousins.