Project sets up ‘stroll’ through Berlin inspired by 1929 guidebook 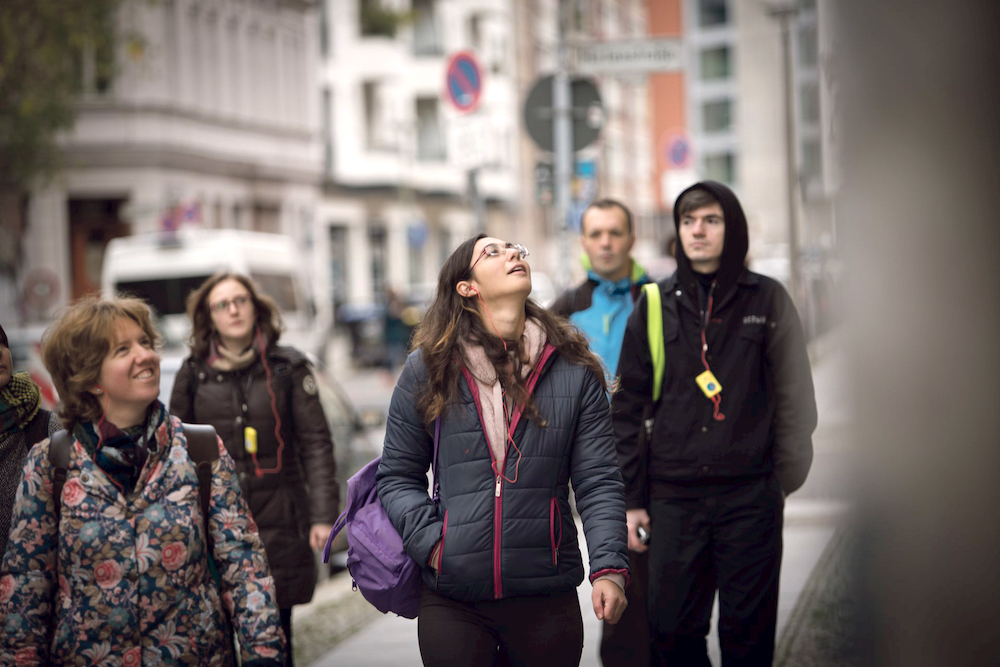 A unique project allowing participants to “drift virtually through Berlin” has been launched by a Russian Jewish cultural organisation using a German Jewish author’s cult guidebook from 1929 as inspiration.

The ‘Dérive in Berlin’ online platform from educational project Eshkolot “brings the art of strolling into the 21st century” and harks back to the way in which Franz Hassel wrote Walking in Berlin – A Flâneur in the Capital. A flâneur is a man who strolls around observing society, taking in the sights and sounds. Hassel’s book is widely considered to have captured the essence of Berlin in the 1920s, as well as foreshadowing the political and social unrest that lay ahead.

Eshkolot decided to “bring Hessel’s legacy to a new generation of flâneurs”, with 50 participants from Russia and Europe and said visitors can “build their own virtual construction of the city using pictures, videos, city sounds and experiences”. The experience can be enjoyed in Russian and English.

Hessel’s wanderings were cut short by his exile shortly before Kristallnacht, followed by his internment in a French camp. He died shortly after release. Eshkolot has used quotes from Hessel’s iconic guidebook, mixed with the first-hand impressions of the project participants, with musical accompaniment from composer Alexey Nadjarov.

Ilia Salita, president and chief executive of Genesis Philanthropy Group, which supports the project, said: “At a time when the world has been forced to slow down and reflect, the project has brought the work of the iconic observer Franz Hessel to a new, contemporary audience. In doing so, it provides a unique way for young adults to explore Jewish culture and identity through the complex history of Berlin, on the eve of war.”