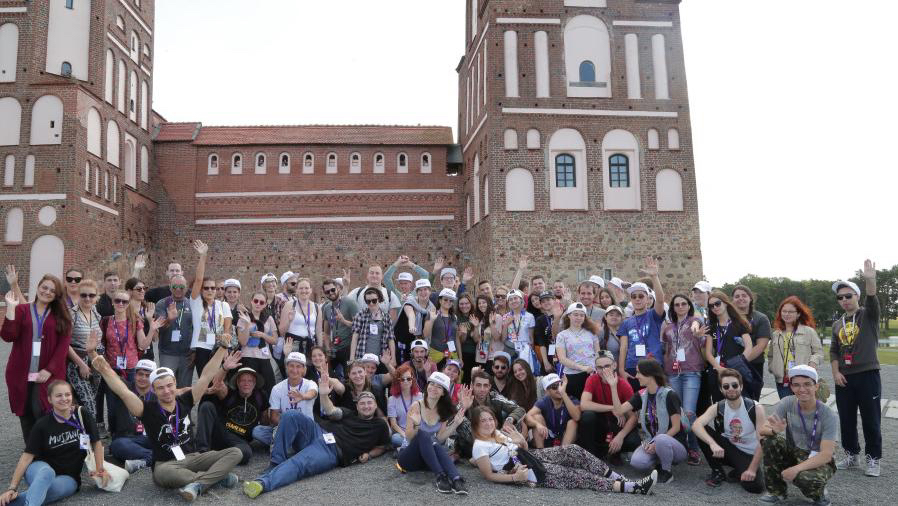 For eight days and seven nights, participants of Project MEGA...

from Belarus, the United States, Israel, Russia, Ukraine, Moldova, Azerbaijan, Georgia and Poland travelled throughout Belarus learning about the country’s history and the history of its Jewish presence.

In addition, MEGA participants worked on cleaning and restoring ancient Jewish cemeteries and decrypted names, dates, prayers and blessings, carved on the matzevot – Jewish tombstones, some of them more than 500 years old.

“My grandfather died on this land. And we lost his grave,” said Iliana Svechin, from Rutgers Hillel in the United States. “By helping take care of other graves, it’s as if I’ve paid my last respects to him.”

Project MEGA – which stands for “Memory, Education, Generation, Action” – was born at a local Hillel in the Belarusian capital Minsk, in order to connect young Jews with the history of their community and to help restore Jewish cemeteries, synagogues and other material evidence of Jewish life in Belarus. The program is made possible through the efforts of Hillel International and the support of Genesis Philanthropy Group (GPG).

This program was held in Belarus because, although independent Belarus began less than 30 years ago, its land is steeped in the history of many nations. For Jews, Belarus has been one of the prime centers of communal and spiritual life in Eastern Europe since long before the Russian Empire and the establishment of the Pale of Settlement, which included almost of all modern-day Belarus.

At the turn of the 20th century, half of the population of the major towns of Belarus were Jewish. Even under the Soviet regime, for 20 years Yiddish remained one of the official languages of the Belarusian Soviet Socialist Republic. Before the Nazi invasion of the Soviet Union, there were almost 400 synagogues in Belarus.

MEGA and other joint initiatives by GPG and Hillel aim to close this gap and to connect the new generation of Russian-speaking Jews, wherever they reside around the globe, with their history and legacy, in order to help them to fully develop and enhance their Jewish identity and to establish their own place in the unbreakable golden chain of Jewish peoplehood.

“The MEGA initiative is a powerful expression of the unique phenomenon of the global Russian-speaking Jewish community,” said Ilia Salita, President and CEO of Genesis Philanthropy Group. “Despite its wide dispersion around the world, this community is increasingly united by its roots, its common cultural background and its driving passion – to reestablish its Jewish identity by direct contact with its history. GPG is happy to support the project that combines Jewish learning with Jewish action, builds Jewish unity and encourages further journey into Jewish identity.”