Plight of Soviet Jewry is a new focus for Yad Vashem 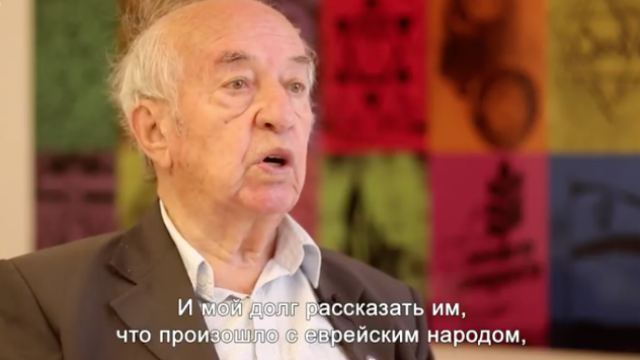 Yad Vashem has launched a series of new videos and a mobile exhibition to highlight how a third of all Jews killed in the Holocaust were Soviet Jews.

The Nazis invaded Soviet lands from the summer of 1941 and soon set about targeting Jewish populations in these newly-occupied parts, as they had in the rest of Europe, but educators say the number of Soviet Jews killed is still little known. Now Israel’s national Holocaust memorial and museum has teamed up with the Genesis Philanthropy Group (GPG) to show how 98 percent of the 2.5 million Jews who came under Nazi rule in 1941 were killed.Tens of thousands were shot in ravines such as Babi Yar, or woods on the edges of towns and villages, often over just a day or two, and sometimes with help from local collaborators.

The 45-minute videos have been produced to show survivors from parts of the former Soviet Union, including Ukraine, Belarus and Lithuania, and are available on Yad Vashem’s YouTube channels, which are often shown to groups and seminars.

Examples of survivors’ stories include that of Odessa-born Sergei Sushon, whose family was forced to live in the city’s ghetto after Romanian troops invaded, before being transferred to a series of forced labour camps, before hiding in a village.

Alongside the videos is an educational mobile exhibition for Russian-speaking students featuring photos, testimonies and historical texts detailing the rescue of Jews living in the USSR during the Shoah.

“Holocaust remembrance and education hold particular significance for the Genesis Philanthropy Group,” said its president and chief executive, Ilia Salita. “Through education, access and remembrance of the history of the Holocaust in the former Soviet Union, we seek to enable Russian-speaking Jews, especially new generations, to meaningfully engage with their families’ Jewish narrative, which has been unspoken and untold for way too long.”