Once upon a tome… 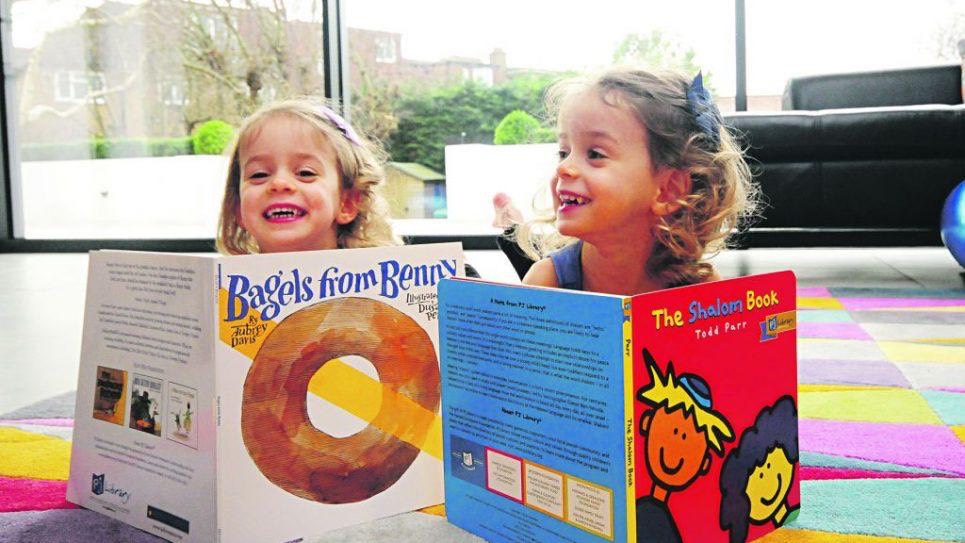 While the books were not readily available locally, their mother, Winnie Sandler Grinspoon, had a family tradition of gifting Jewish-themed books at the Seder – and her father-in-law was fascinated by their enthusiastic reaction.

In that moment, the philanthropist and founder of the Harold Grinspoon Foundation was inspired by the youngsters’ smiles to make Jewish children’s books more widely available to families around the world — and so the idea for PJ Library was born.

Now, 13 years later, PJ Library — named for the ‘pyjamas’ worn at bedtime reading — delivers free books and music to thousands of children, aged six months to eight years, across 13 countries. Every month, more than 500,000 books, in English, Hebrew, Spanish and Russian, are sent to homes across the globe.

Having launched in this country three years ago, the non-profit project has 5,000 UK subscribers and recently delivered its 100,000th book. So great is the demand, there are now plans to expand to 7,000 children, thanks to a grant from Genesis Philanthropy Group.

The results are staggering, given that PJ Library began 13 years ago as a small community project in Massachusetts.

But Sandler Grinspoon, president of the foundation, says that despite their modest plans at the outset, the project was soon “wildly popular” with families across her home state. “It made us think this was an idea worth expanding on.”

Sandler Grinspoon looked at Dolly Parton’s Imagination Library, a worldwide book gifting programme set up by the country music star, and wanted to emulate its success for the Jewish market.

Using the same model, she sought funding partners and organisations in each community to share the cost of buying and distributing the books.

Sandler Grinspoon’s motivation shines through. “Even the busiest parents love reading to their children and will do what they can to protect that time together, so why not make that moment even more special with the gift of a book?” she says.

While encouraging families to cultivate a greater interest in Jewish tradition, values and culture, PJ Library has also been credited with helping to boost the availability of Jewish-themed books for children.

It publishes titles itself and encourages authors to “write more books and submit more manuscripts”. This year, PJ Library plans to take 20 award-winning authors to Israel, to inspire them to write about the country.

Aside from the US, Canada and the UK, the programme operates in Australia, New Zealand and several Spanish-speaking countries.

There’s also growing demand for books in Hebrew and Russian – the latter coming from a growing number of UK-based readers.

A recent survey of UK readers found close to half believe PJ Library has helped them feel connected to their local Jewish community, while 68 percent of those expressed a desire to become more connected and involved.

No longer just bringing parents and children together, PJ Library has even brought communities closer.

“That for me is the most fulfilling part of my job,” adds Sandler Grinspoon. “To hear from recipients who say that it is so delightful, so important, so impactful for their families.”