Next step in Holocaust memory 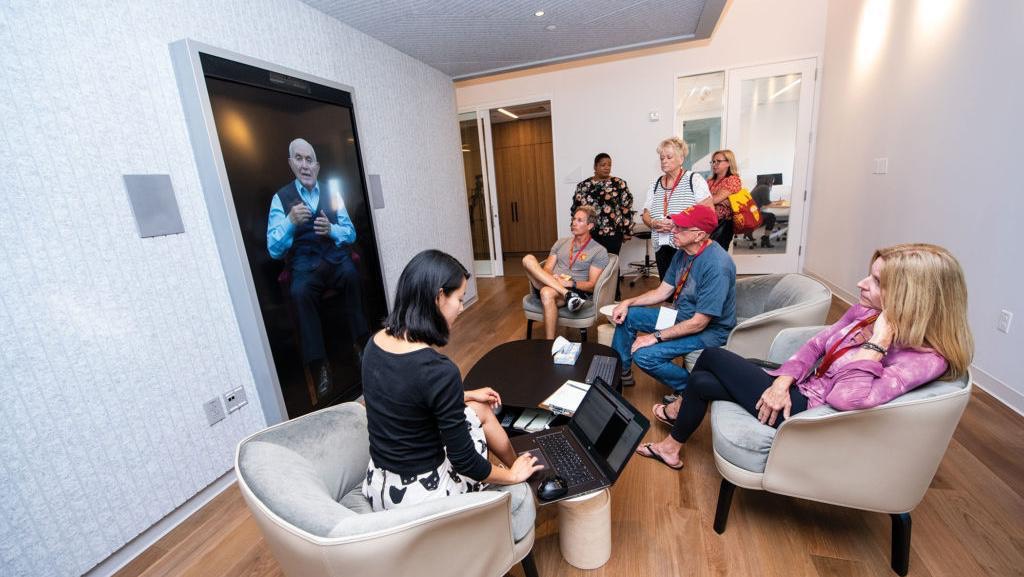 Seventy-four years after the end of World War II, the Shoah Foundation is looking for two specific witnesses to history: a Soviet Jew who survived the Holocaust and a Jewish veteran of the Soviet Red Army.

The foundation wants to take the testimony of these as-yet-unidentified witnesses and turn them into Russian-speaking holograms.

“What we were really focused on is: How do you keep that active engagement that comes from having a conversation with someone? Is there way we can record someone’s testimonies so that it allows people to feel as though they are engaging in that dialogue?”

New Dimensions in Testimony has recorded testimonies in four languages, but not Russian.
“It’s important to try and capture this type of interview in as many languages as we’re able to,” Hayes said. “The experience of Soviet Jews in the Holocaust is one that isn’t as well-known as other experiences,” Hayes said.

“What I think is important for Jews today is to remember the heroic effort of those who fought in the war,” said Ilia Salita, CEO of Genesis Philanthropy Group, which is fully funding the project. The group is working to develop and enhance the sense of Jewish identity of Russian-speaking Jews worldwide.

Between 350,000 and 500,000 Jews served in the Red Army, fighting against the Nazis, Salita said. But their stories aren’t as well-known because they disappeared behind the Iron Curtain.
After the war, many Soviet Jews were accused of being spies for the Nazis, Salita said. They faced brutality in their homeland and their history wasn’t recorded or shared.

“Soviet Jewry doesn’t have their own Anne Frank or their own Elie Wiesel,” Salita said. “That is why this is an extraordinarily critical effort. We need to remember those who perished, those who survived and those who helped bring the Nazi regime to its end.”

The foundation already has 15 English-speaking holograms. The survivor spends a week answering a long list of questions, about their life before, during and after the war, and more philosophical questions like “Do you believe in God?”

The results will be familiar to anyone who uses software like Siri and Alexa. A question elicits a relevant answer — unless it doesn’t have an answer.

“We program the system to redirect you,” Hayes said. “It doesn’t break the flow of having a conversation. It thinks of a different topic to explore.”

Dimensions in Testimony is on permanent exhibit at the Illinois Holocaust Museum and Education Center.