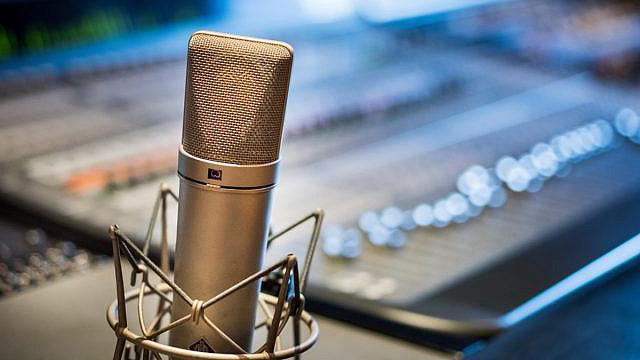 Jewish Funders Network chief executive said the new show is 'a space for exploring and debating the ideas that matter in philanthropy and the Jewish community'.

The series, called What Gives?, was launched last month by the Jewish Funders Network (JFN), with three podcasts already produced.

In the shows, Lisa Eisen, president of the Charles and Lynn Schusterman Family Foundation, discusses making Jewish life “relevant, inclusive and compelling”, Ilia Salita, president and chief executive of the Genesis Philanthropy Group, discusses Russian-speaking Jewry and its role in ensuring a Jewish future and Rabbi David Wolpe discusses Jewish identity and unity.
Future episodes will include Gali Cooks of Leading Edge, which focuses on leadership talent in the Jewish community, as well as Yossi Prager of the AVI CHAI Foundation and Naomi Adler of Jewish Federation of Greater Philadelphia.

JFN chief executive Andrés Spokoiny said What Gives? is “a space for exploring and debating the ideas that matter in philanthropy and the Jewish community”.

He added: “Along the way, we’ll build a deeper sense of community by sharing stories, getting to know the people in our field, and spreading ideas that can help all Jews and all givers change the world.”

Throughout the series, Spokoiny asks contributors questions such as whether philanthropy is just about money, and how is polarisation affecting the Jewish community.

Spokoiny added: “If we’re going to navigate these complex issues we are going to have to know each other better, including funders, non-profit professionals, rabbis, scholars and everyone who is interested in philanthropic and Jewish issues.”