New exhibition reveals the secrets of the Israeli ‘Mayflower’ 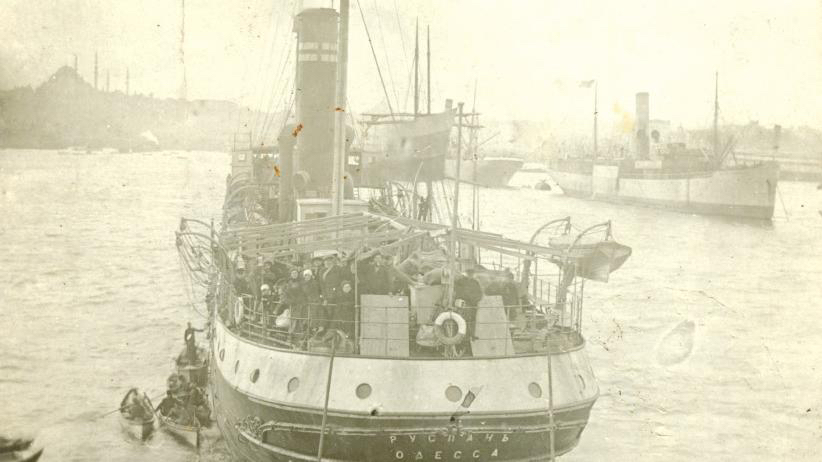 On December 19th, 1919, "Ruslan", carrying 600 travelers from Odessa, docked at the port of Jaffa. It has been dubbed “the Israeli Mayflower,” because many of its passengers entered Israel's pantheon.

On December 19, a new exhibition commemorating the story of "Ruslan", the ship that became a symbol of the Third Aliyah, will open at The Israel Museum, marking the centennial of her voyage and the establishment of the Central Zionist Archives. “And the Ship Sails On: Cultural Pioneers Aboard the Ruslan,” established with the support of Genesis Philanthropy Group, will present the story of the Ruslan, and the subsequent achievements of its notable passengers, through artwork, film, photographs, manuscripts and historical documents.

On December 19th, 1919, "Ruslan", carrying 600 travelers from Odessa, docked at the port of Jaffa. Among them were refugees fleeing war and pogroms, and pioneers burning with Zionist ideology. Ruslan has been dubbed “the Israeli Mayflower,” because many of its passengers entered the pantheon of the yishuv and the State of Israel as people of spirit and action, intellectuals and ideologues, artists and poets, leaders and activists.

Historical documents from the Zionist archive and other collections – many of which will be shown for the first time – will demonstrate the contribution and influence of prominent "Ruslan" passengers on the development of Israeli society, culture and art.

“The unique combination of an art exhibition alongside historical documents allows a rare glimpse into the formative processes of a significant part of Israeli art and culture in pre-state times,” said Prof. Ido Bruno, director-general of the Israel Museum.

“The journey of the "Ruslan" signifies the renewal of the Jewish nation on the path to independence and the transfer of the cultural and intellectual treasure of the Jews of the decaying Russian Empire, from Odessa – a significant city in the history of the Jewish people – to the Land of Israel,” said Ilia Salita, President and CEO of Genesis Philanthropy Group. “Marking 100 years of the journey of this cultural ‘Noah’s Ark’ is an opportunity to recall the deep historical connection between the heritage of Russian-speaking Jews and the Jewish national revival in the Land of Zion.”