Nativ: Helping Israel One Conversion at a Time 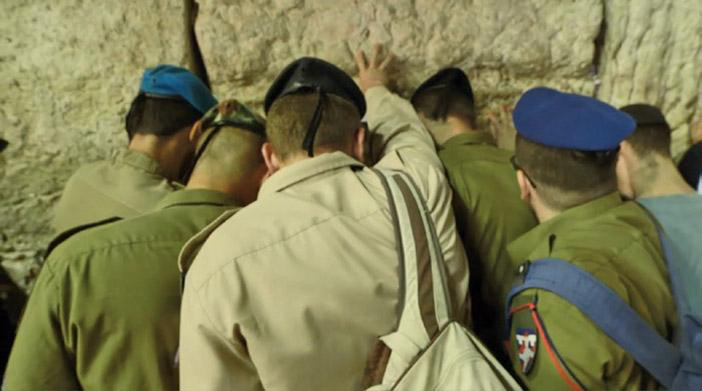 Today, 4,000 members of the IDF, young men and women who grew up with strong Jewish roots and pride, are defending Israel despite the government not considering them Jewish.

Many of them grew up in Israel and yet they are not allowed to legally marry Jews. But all that is going to change, thanks to Nativ. Founded in 1999 by The Jewish Agency for Israel to assist immigrants from the former Soviet Union, the organization now assists 3,000 soldiers in reconnecting to their Jewish identity every year and has facilitated 20,000 conversions since its founding.

While the Law of Return allows anyone with one Jewish grandparent to immigrate, the Israeli Rabbinate uses Orthodox standards to consider if one is halachically Jewish. Many of these people react with pain and anger when told they are not considered Jewish. However, if they want to convert, they have to do so by Orthodox standards, which can be a lengthy process that is also difficult to begin and to stick with. That is where Nativ steps in. With many educational courses and classes for soldiers and civilians alike, Nativ helps anyone who wants to learn more about Judaism. Every incoming “non-Jewish” soldier receives an invitation upon their enlistment to IDF, and a lot of these people are lone soldiers as well. Many of the soldiers are descendants of former Soviet Union Jews who came in as part of the mass immigration in the early 1990s. Nativ has been able to help these people study who they are and find their roots.

“They want to be accepted in Israel by society,” Rabbi Chashi Freedman, Nativ’s educational director, said. “They want to learn about culture and mitzvot. They want to explore who they are and understand their place in the country better.” Nativ’s job is to light the spark that brings them back to their roots. It uses a very inviting curriculum that is adapted to their unique situation. They might think they are alone and that no one has a similar situation. However, when they learn that Moshe Rabbeinu, the holiest person in all of Judaism, was also not raised in a Jewish home and chose to come back to his people, they are encouraged to continue. When they are told about the story of Chanukah and find that they are just like the Maccabees who defended Israel thousands of years ago, they are inspired to continue their service in the IDF as they emulate their ancestors.

During the military course, soldiers are exposed to content from Jewish history to Tanach to holidays. It combines classroom study with Shabbat experiences, individual instruction and community projects. After they graduate they have the option of taking the higher-level conversion seminars, which prepares them for the Army Conversion Court. The process, however, has many difficulties and challenges. The political situation today is very heated, with much conflict between Israel being a Jewish state and maintaining its democratic status. There are commanders who think it is counterintuitive so take precious training time away from soldiers so they can learn about their religion. Also, there is the challenge of getting people to come in the first place. While many are receptive to the initiative, some are very offended when they find out the Jewish state does not consider them Jewish. “It’s heartbreaking and exhilarating,” Freedman said. There is also a volunteer adult civilian course that is offered year round throughout Israel, and this lesser-known program is also successful in helping these people study who they are and find their roots, as well as convert.

Nativ’s mission is twofold: to teach people about Judaism and to eventually have them convert on an Orthodox level. While some measure of Nativ’s success is based on how many convert, that is not how the organization truly counts success. Their goal is to help people reconnect to Judaism, and while a conversion is commended, the importance of the lessons is ensuring that a connection is made. A good way to see this is through how many of the graduates choose to raise their children in a Jewish home, displaying the course’s impact on their lives. Many soldiers who chose not to convert during their army service come back to the civilian classes when they are older and about to get married.

Nativ’s curriculum is what sets it apart from other Jewish educational groups. In Nativ, teachers and commanders come from many different denominations of Judaism and they all work together to create an open, unbiased view. The educators are encouraged to express different viewpoints besides their own, and the soldiers are exposed to all different types of Judaism without being brainwashed toward one view or another. Freedman also noted that the curriculum is very flexible and always looking to change and improve. While there is a core curriculum that is always adhered to, the teachers and commanders have input regarding what is being taught. The classes are very serious in structure, but fun activities and trips are embedded throughout to ensure a positive environment is instilled.

Nativ is free to anyone who wants to take part. The funding is supported by both the Israeli government and private donations through The Jewish Agency for Israel, as well as Friends of the IDF and Genesis Philanthropy Group.

“The North American community is very interested, which is very touching and meaningful,” Jewish Agency Chief Development Officer Michael Lawrence said. As for Israeli support, Freedamn added, “Many people in Israel believe in what is happening here.” Freedman is also connected to the New Jersey Jewish community, having grown up in nearby Manhattan and making sure to stay for Shabbat in Livingston at least once a year. He loves that the community is very open and welcoming to him on every visit.