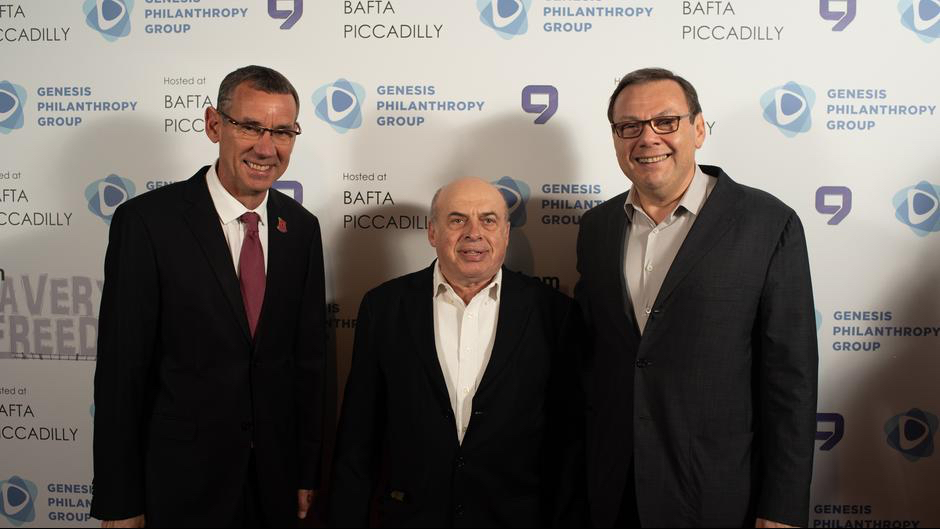 Natan Sharanksy, the former Refusenik and chairman of the Jewish Agency, was in London for the UK premiere of a documentary on the struggle of dissident Soviet Jews who were denied emigration to Israel.

From Slavery to Freedom, produced by Israel’s Channel 9 with the support of the Genesis Philanthropy Group and the Gazin Family Fund, charts Mr Sharansky’s journey from Soviet prisoner to Israeli statesman and human rights figure.

Mr Sharansky became a symbol of the Refusenik movement when he was convicted of high treason by the Soviet authorities in 1977 for his activism on behalf of Soviet Jews.

It was screened to a packed auditorium at BAFTA on Tuesday evening, hosted by international investor Mikhail Fridman, the co-founder of Genesis Philanthropy Group.

“From Slavery to Freedom is a vital record of the sacrifices that Natan and Avital Sharansky as well as so many other Refuseniks made for the freedom and dignity of the Jewish people.”

An on-stage discussion with Mark Regev, the Israeli ambassador, Mr Sharansky spoke of the “desire to belong and be free”, which he said the Soviet system “tried to destroy”.

Addressing the audience, he added: “London was a very important centre for activism. Thousands of telephone calls came through London to connect us with the rest of the Jewish world and to get us information.

“You are participants in the biggest victory of the Jewish people in modern history, but so many of our children and grandchildren know nothing about it! There are so many exciting stories that need to be passed on.”

The premiere will be followed by public screenings of From Slavery to Freedom in London, Manchester and Bangor, as part of this month’s UK Jewish Film Festival.

Ilia Salita, the president and CEO of Genesis Philanthropy Group, said: “The story of the struggle for Soviet Jewry’s freedom should never be forgotten.

“Like no other period in Jewish history, it represents the critical importance of global Jewish communities standing united and working together to achieve the seemingly impossible.”