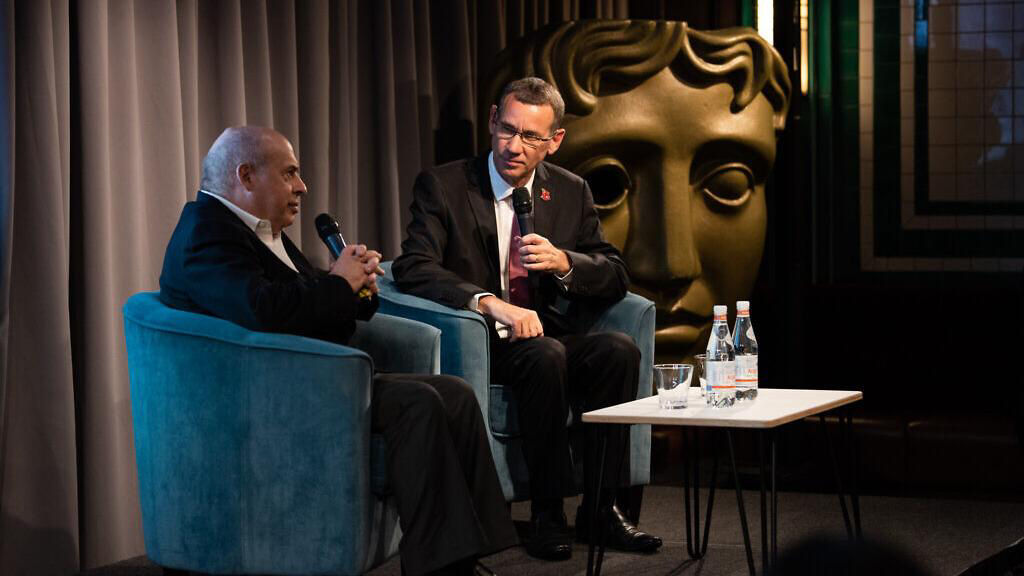 The screening of ‘From Slavery to Freedom – the Refusenik Story’ was hosted in the centre of London ahead of its showing at the Jewish film festival in London.

Natan Sharansky was the A-lister at BAFTA in Piccadilly on Tuesday night as a packed house watched the London premiere of a documentary film about the Soviet refusenik then heard him recall his struggle in a Q&A.

The screening of ‘From Slavery to Freedom – the Refusenik Story’ was hosted by Mikhail Fridman and the Genesis Philanthropy Group (GPG), ahead of the film’s showing at the Jewish film festival in London and beyond.

A GPG co-founder and trustee, Fridman said he had heard of Sharansky – then known as Anatoliy Sharansky – when he was 13 years old, and described the diminutive freedom fighter as “a true Jewish hero”.

Describing the diminutive freedom fighter, Fridman said: “I didn’t know about politics, but I kept hearing his name everywhere. In my perception he was this huge colossus person fighting to destroy the Soviet system, a really dangerous guy.”

The film portrays the fraught efforts of Jewish refuseniks to force the Soviet regime to allow them to leave for Israel, covering Sharansky’s nine-year imprisonment and the monumental efforts of his wife Avital to free him.

Asked by Israeli Ambassador Mark Regev in the follow-up Q&A how he retained his sanity in solitary confinement, Sharansky made the audience laugh by recalling how his love of chess played a vital role.

“Once I wanted to be world champion at chess,” he said. “It didn’t happen but I learned how to play without looking at the board. In solitary confinement I played tens of thousands of games. I won all of them and I was world champion.”

The film touched on criticism of the Israeli state for not doing enough to help Sharansky and other imprisoned Jews because it wanted to build relations with the Soviets, but Sharansky told the audience that Israeli leaders did much more quietly.

He also spoke warmly of meeting Margaret Thatcher, whose funeral he attended in 2013. “She was one of the few leaders of the free world who knew how to speak to the Soviet Union,” he said, comparing her approach to the counterproductive description of the USSR as an “evil empire” by US President Ronald Reagan.

“At the very critical moments [of the refuseniks’ struggle] Thatcher met Avital. For those of you who never had the pleasure, she doesn’t let you say a word! You spend the whole hour [with her talking] and at the end she says what a great meeting it was but you didn’t say anything!”

Following the event, GPG chief executive Ilia Salita said: “The story of the struggle for Soviet Jewry’s freedom should never be forgotten. Like no other period in Jewish history, it represents the critical importance of global Jewish communities standing united and working together to achieve the seemingly impossible”.