My stand-up in an empty JW3 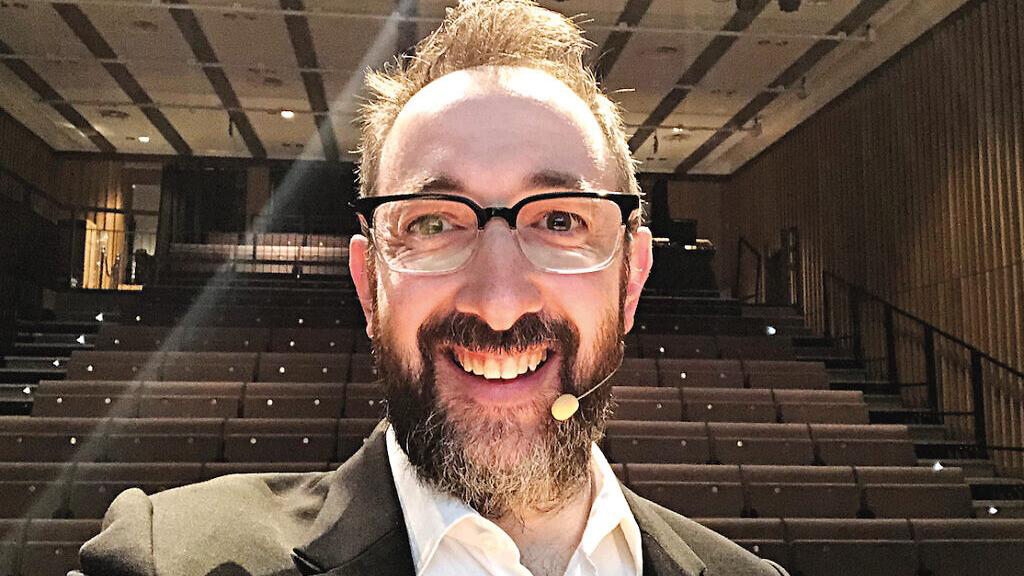 When Raymond Simonson, the sideburn-sporting CEO of JW3, suggested I perform an online stand-up special, I had one condition.

He should hand me the keys to the empty building and I should be allowed to stream it straight from the centre’s 275-seater main stage.

We are meant to work at home where possible, but seeing as my house is no longer my own and has been completely overtaken by my six children, this felt the only option.I would be lying, though, if I said this was the main motivation. It was partly due to the fact that, having performed six sold-out nights there, I have developed a real affection for JW3’s building on the Finchley Road. It was also, in no small part, because doing this would mean that I would get the best of both worlds: I would be able to perform in a room that I love, but I wouldn’t have to try to entertain a room full of the world’s hardest audience: Jews!

I joke, of course, but as a comedian who has travelled the world and performed on five continents for members of the Jewish community, I know better than most that Jews are not the easiest audience. Comedians of a certain generation always go on about the Glasgow Empire, but I can only assume they never had to play a synagogue dinner in New Jersey.

‘Jewish Mean Time’ ensures that a good proportion of the audience will arrive late and want to walk in and disturb the show, while those who arrived early will have spent the time counting the seats and trying to calculate how much money I’m making. And, of course, if I meet any members of the audience after the show, they will either ask if I can get their granddaughter a job at the BBC or try to tell me the world’s longest and least funny joke, followed by the line “you can use that in your next show”.

Why does every Jew want to tell me a joke? You’ve come to a comedy show, let the comedian tell the jokes, you have a night off. You don’t go to see King Lear at the RSC and then wait for the actors and go, “Here’s a soliloquy for you. You can use this one next time.” You don’t go to the urologist and ask to inspect his testicles. Well I do, but most people don’t.

Hence I was only too happy to have my plava and eat it by performing for more than 2,000 Jews last Sunday night, while not having to actually share a room with them. In truth, it could have been a lot more people than that but what I said about Jews arriving late was no joke.

So, after selling 250 tickets in the final 20 minutes, at 8.05pm, just after the Queen had finished her excellent warm-up act, the ticket page closed and another 100 or so people were unable to purchase their virtual seats. This time no one even had the excuse that they couldn’t find a parking space. (The show is now available to rent on the JW3 website so they will hopefully see the show in the end.)

And while it was an unusual experience performing in an empty room – thankfully not something I’ve had to face before – I enjoyed it. I just used my imagination and tried to picture rows of Jewish faces, all thinking that, as funny as the show may be, they could have done it better themselves.

Ashley Blaker: Alone At JW3 is available on JW3 TV.