Mum guilt past and present 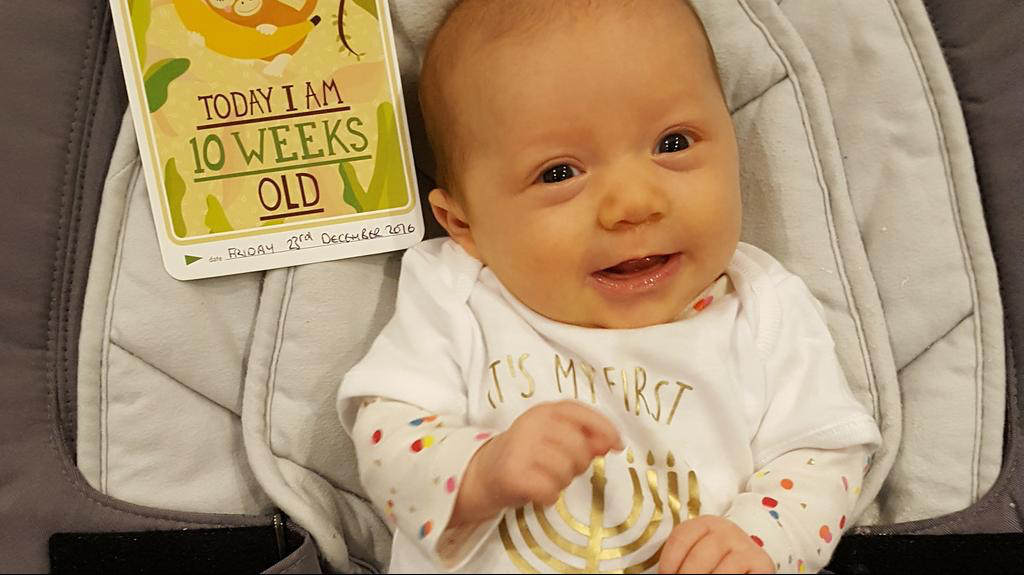 Chanukah is here - but what do you buy a baby brother?

Santa Claus is coming to Town. That was the first Christmas song I heard on the radio this year.

At this time of year, it’s a race against the clock to see how early the Xmas festivities come out, lights on houses, songs on the radio and, of course, adverts on TV. Chanukah isn’t quite as big a part of the collective celebratory consciousness so regular readers of the JC don’t usually have to battle with this sort of festive over-exposure.

You’re unlikely to risk hearing strains of I had a little dreidel float out your radio every time you get in the car from November onwards but, this year, thanks to PJ Library, I did get a hint of how it feels to celebrate the winter holiday as soon as the Halloween pumpkins have disappeared.

For those of you who haven’t heard of PJ Library it’s a great charity that runs a free book service — just sign up and every month your child gets a free Jewish-themed book through the door. (This isn’t an ad by the way , just a mummy recommendation). This year, right at the start of November a PJ Library envelope dropped on to our doormat.

“Look you’ve got a present,” I exclaimed, hoping to distract my daughter from her apparently desperate need for yet another snack. “Let’s read your new book.”

“Yes Mummy, it’s about Chanukah,” she told me. I’m not sure I had fully opened the envelope at this point but she has an uncanny knack of knowing pretty much everything. Do all three-year olds have this sixth sense?

She then took the book to the sofa and started “reading” it to herself — basing her narrative on the pictures. As I’ve mentioned before, her knowledge of Judaism and our traditions, thanks to her nursery, surprises and amazes me and, as I’d not yet heard that she was learning about Chanukah, most of this must have been muscle memory from last year. The PJ Library book kick-started a mini trend for Chanukah-related books, as she then hunted down the other children’s books we have on the subject.

I say “mini” trend as thankfully she is yet to start compiling her Chanukah gift list — although I have no doubt that it’s coming and will probably be heavily Frozen-themed, thanks to all those early Christmas adverts popping up everywhere for the past two months…

So my daughter definitely understands Chanukah, just as she definitely understands presents. My son, however, will be celebrating his first Chanukah. He is five months old so this is a more significant moment for me and my camera than for him. Equally, he won’t understand that presents are presents as opposed to just another brightly coloured object being waved in his face.

Nonetheless, I feel that I have to include him in the gift-receiving tradition.

For my daughter’s first Chanukah we got her a onesie with a menorah on it that declared: “It’s my first Chanukah!” See adorable picture above, complete with date card (imagine if we still used these into middle age).  I will of course be digging this out again this year (and probably making a picture collage using both sets of photos, natch).

She was less than three months old at the time so similarly unfazed by the festival of lights as my son will be. However, I felt less pressure — or desire — to buy her specific Chanukah presents then than I do for him this time around.

I think this is because, as we mark the eight days with gifts and gelt for my daughter, to not do so for my son feels unfair.

She will light the menorah with us and I know he will love the twinkling candles and hearing the songs we sing and he will get more from this experience than she did at three-months-old.

So maybe it’s just swings and roundabouts, but that Mum guilt is always there, that desire to make everything equal for both kids, even in retrospect.

I can’t imagine he will get eight presents. I can’t even think of eight different things I could buy him (well OK, if you pushed me hard enough I’d manage it…) but I want to include him not only as much as possible, as you would with a first-born baby, but to the same extent as his sister.

Having said that, he has the best present of all really: a sibling to share the fun with. So maybe all they really need is for her “read” her Chanukah books to him while I take pictures for posterity.