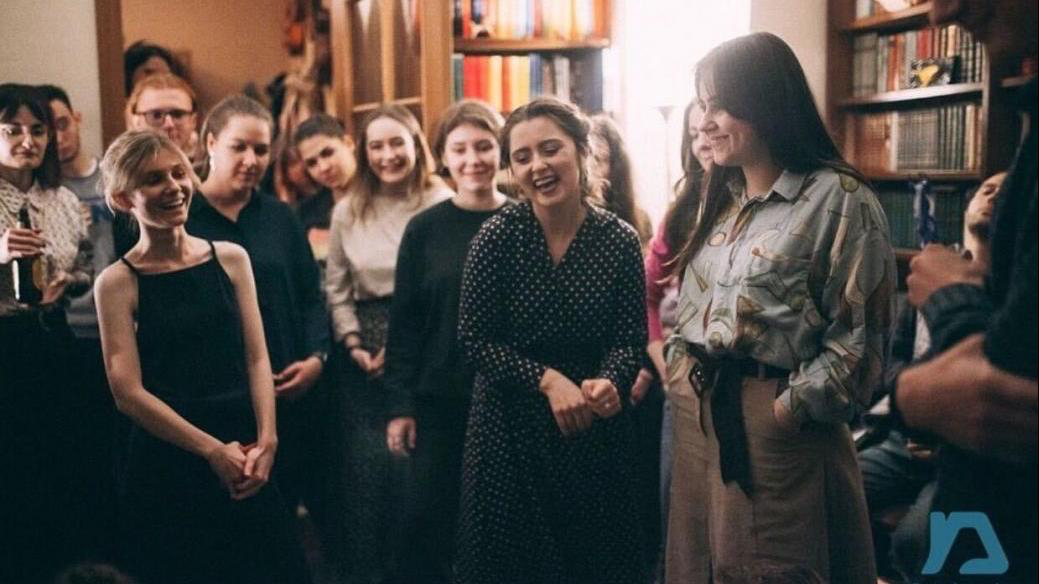 Moishe House is doubling its efforts to empower Jewish young adults to help build and sustain Jewish communal life in Moscow by opening a second residential home in the city.

The new Moishe House in the Russian capital will be led by Anastasia Shalygina, 21; Alexandra Metlitskaya, 21; and Viktoria Palchikova, 22, all of whom are active members of Moscow’s Jewish community. These three emerging leaders (called “residents”), are also university students in Moscow and are active in Netzer summer camps run by the World Union for Progressive Judaism. They will live in the house – which is located in the historical center of Moscow – and will plan and execute at least five programs every month, with the goal of engaging more than 1,000 Jewish young adults per year.

“In our daily lives, we lack a constant and consistent ‘Jewish presence’ and sense of community,” the leaders said about their desire to open a Moishe House. “So we decided to bring together our skillsets and our shared motivation to create this platform for ourselves and, more importantly, for other like-minded young adults who can benefit from the community we are helping to create.”

The residents will have a specific focus on Jewish education and culture and will collaborate with community members and other organizations fto create targeted programming with the specific goal of reaching the younger demographic in the Moscow Jewish community.

The first Moishe House Moscow opened in 2010 and has operated continuously since opening, with dozens of leaders serving as residents. The house has hosted more than 2,400 Jewish young adults over the last decade, bringing people together for cultural events, holiday celebrations, Jewish learning sessions and much more. Many alumni of the first Moscow house are still highly active in the Jewish community of Moscow and in the global Moishe House community, including two staff members and a Jewish educator serving at an international Russian-speaking resident training conference.

A second Moishe House in Moscow will enable even more Jewish young adults to participate in the program’s unique approach to building Jewish community. Research has shown that Jewish young adults who participate in Moishe House programming show increased levels of involvement in Jewish life and feelings of connection to their personal Jewish identities.

Speaking to eJP this past week, Marina Yudborovsky, CEO of Genesis Philanthropy Group, said: “The success of Moscow’s newest Moishe House will build on what has already been accomplished by its first. Together, both will offer Moscow’s young Jewish community new pathways for engagement and fresh opportunities to tap into their shared heritage.”

The second Moscow Moishe House will join a global network of more than 120 Moishe Houses and will be the 13th Moishe House in the Former Soviet Union (FSU), where the program has had a presence since 2009.