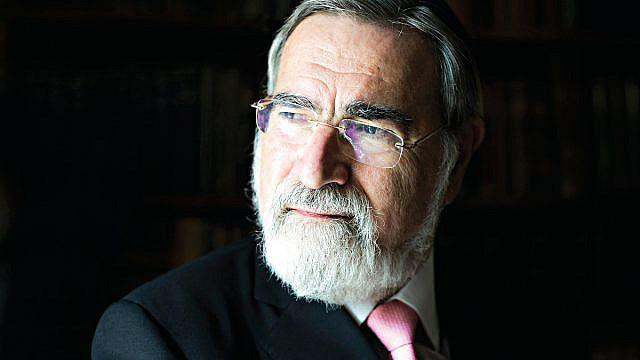 Cultural centre will hear from philanthropists and politicians, journalists and artists from across the Jewish world, amid warnings the community is becoming 'isolated'.

A series of talks by Jewish luminaries is to begin this summer at London’s Jewish culture centre JW3 amid warnings that the Jewish community is becoming “isolated”.

The Global Jewish Conversations series will hear from leaders, philanthropists, politicians, journalists, business people, artists, writers and thinkers from across the Jewish world, and kicks off with former chief rabbi Lord Jonathan Sacks.

JW3 said there would be “a particular focus on bringing the very best of the Jewish Diaspora to the British-Jewish community” as chief executive Raymond Simonson said the series was well-timed.

“It often feels that the British Jewish community is quite cut off from global Jewish conversations except at the most senior leadership level,” he said, before describing a “growing sense of isolation and fragmentation in the current climate”.

Simonson said the series, which is being supported by the Genesis Philanthropy Group (GPG), would put British-Jewish audiences “in direct contact with diverse voices from across the Jewish world to broaden our perspectives”.

A decision was made to bankroll the series after positive feedback from a pilot ‘conversation’ at JW3 last year between GPG co-founder Mikhail Fridman and former Jewish Agency chief Natan Sharansky.

“This thought-provoking new series will ensure that leading thinkers from the wider Jewish diaspora are able to contribute to these wider conversations,” said GPG chief executive Ilia Salita.

“Crucially this interaction will not take place behind closed doors. It is an opportunity for the whole community to hear from some of the finest Jewish minds and contribute to the dialogue.”

On 17 July Sacks will be in conversation with Tal Keinan, an American-born Israeli whose book ‘God is in the Crowd: Twenty First Century Judaism’ has sparked debate in Israel and the US between secular and religious Jews about the fate of the Jewish people.