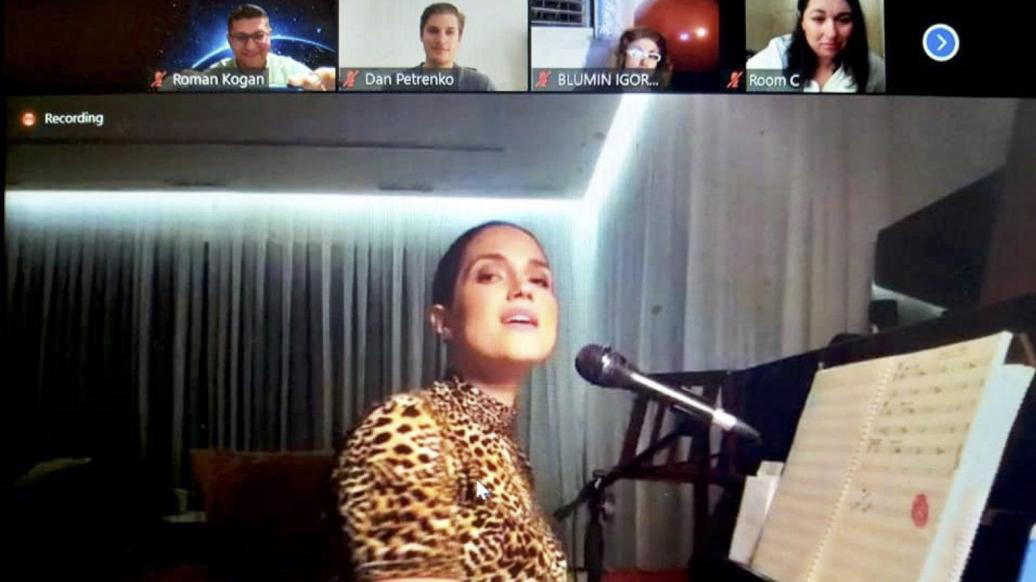 Overcoming coronavirus lockdown, more than 5,000 people from every corner of the globe took part in Limmud online gatherings on Sunday, May 3, 2020.

Nineteen hours of consecutive Jewish learning kicked off in China, continued in the United Kingdom and Bulgaria, and closed in New York, Boston and Chile. Limmud, the global network of grassroots Jewish learning festivals which pioneered convening Jews of every persuasion and age for respectful dialogue continues to pioneer virtual community building.

“Limmud in the age of Covid-19 has shown Limmud at its best,” said Limmud Global Chair Shoshana Bloom. “Limmud volunteers around the world have thought deeply about how we gather to learn from and with each other while physically apart. We are harnessing Zoom and other platforms to break down barriers to attending and presenting, be they geographic, financial or others, and continuing to expand how we bring ever greater numbers of people together while nurturing diversity.”

This weekend, the virtual gathering concept proved itself: Limmud Together UK drew more than 3,000 participants from 37 countries, including over 500 who had never before taken part in a Limmud gathering. Presenters hailed from Chicago, Nashville, New York, Seattle, and Washington DC in the US, as well as from China, Delhi, Gaza, Israel, Berlin, Greece and Paris.

Man Booker Prize Laureate Howard Jacobson and best-selling thriller writer Jonathan Freedland, aka Sam Bourne, explored if there is such a thing as Jewish writing or Jewish imagination. Screenwriter Philip Lazebnik, whose credits include Pocahontas and Mulan, talked about his hit Prince of Egypt with Alexia Khadime, who plays Miriam in the West End production. Jeffrey Myers, rabbi of Tree of Life in Pittsburgh, spoke about spiritual leadership in times of crisis and Baroness Ruth Deech addressed being Jewish in the House of Lords.

While COVID figured prominently – COVID and human rights, COVID and the Middle East, how Israel is coping, how Gaza is coping, domestic abuse and lockdown, refugees and COVID, and supporting the most vulnerable and COVID – the 70 sessions also included “Secret Vaginas of Judaism.” Inventive use of Zoom included a virtual bar, breakout rooms for Torah study, hosting 750 on-screen at one session, encouraging active participation for children and seniors, chat heckles, and hands-on, at-home workshops in cooking, calligraphy, dance and drawing.

“Limmud BC, before Corona, was about face-to-face encounters within physical spaces,” said Limmud Trustee Ben Crowne, one of the volunteers who crafted Limmud Together UK. “To deal with the current challenges we are reinventing what it is to build, strengthen and celebrate community. Usually, Limmud invites people to take one step further on their Jewish Journey. Now we are bringing Limmud one step closer to people everywhere.

Limmud FSU North America’s online gathering was organized by volunteer teams from Limmud FSU New York, Limmud FSU Canada and Limmud FSU West Coast. Participants zoomed in from across North America, Australia, Belarus, Germany, Israel, Lithuania, Moldova, Russia, Ukraine, the UK, and to hear award-winning Russian Israeli novelist Dina Rubina, chef Vova Tashaev, rocket scientist Ari Sacher and former MK Kseniya Svetlova, among others. Along with sessions on literature, education, science, geo-politics, and Israel, participants were thrilled they could take part in a perennial face-to-face favorite, the hugely popular Russian TV game “What? Where? When?” Transferring the game to the Zoom platform required repeated rehearsals and practice by the North American volunteers. In the end, more than 130 played for over two hours.

Limmud Bulgaria and Limmud China also proved how cross-communal and transnational the new virtual platforms are. While Limmud Bulgaria usually draws local Jewish community participants, the 200 who logged in Sunday included many who have made aliya to Israel and other émigrés.

“Creating Limmud China online was in many ways more demanding (in a good way) than organizing an in-person Limmud,” said Leon Fenster of Limmud China. “It was undoubtedly the most uplifting celebration of Asian Jewish community since we went into coronavirus mode months ago!”

Over 1,000 people from across the Spanish-speaking world tuned in to a live debate on Facebook sponsored by Limmud Chile on May 3.

These Limmud successes built on those of Limmud North America’s virtual confab in March, as well as smaller Limmud gatherings around the world, like LimmudMallorca’s weekly Kabbalat Shabbat, which are taking place on Zoom, Facebook Live, and even individual live presentations in WhatsApp groups.

Future events include Limmud South Africa (May 17), a second Limmud North America eFestival (May 24), various pre-Shavout events, Limmud Oz (Australia and NewZealand) in early June, and planned Europe-wide and other eFestivals through the summer.

“This show of strength by Limmud communities around the world demonstrates how essential Limmud is to building resilience and sustainability in Jewish communities everywhere,“ concluded Debbie Staniland, who chairs The Global Limmud Connections Team. “With individuals and communities everywhere being affected by this crisis and faced with overwhelming uncertainty, we are building an infrastructure that will continue to meet people’s needs also after the crisis.”