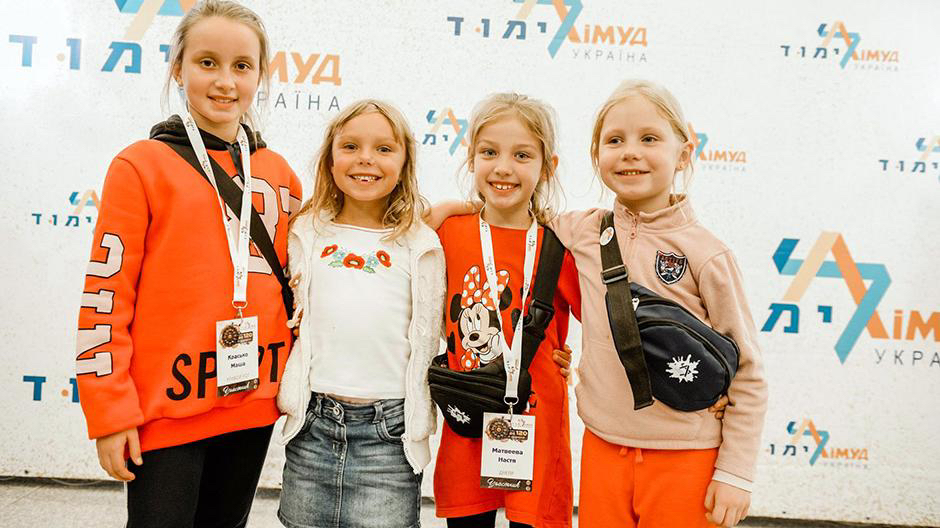 “Best people of the world come to Odessa, share their experiences, educate our youth and pass on the centuries-old wisdom of the Jewish people.”

This past weekend (October 31 – November 3), more than 600 members of the Jewish community of Ukraine gathered for the 13th annual volunteer-driven festival of Jewish learning organized by Limmud FSU. The event took place once again and for the fifth time in Odessa, one of the most important cities of Jewish and Zionist movement’s history, after a highly successful 2017’s event.

There are about 400,000 Jews in Ukraine, with more than 45,000 in Odessa. Moreover, this year marks 100 years since the departure of the “Ruslan” ship from Odessa, on board of which there were dozens of Jewish cultural figures of that time - those who were destined to determine the intellectual life of Israel. A special exhibition on the event was presented at the conference, as well as some lectures on the topic.

The Deputy Mayor of Odessa Pavel Vugelman told the participants during the opening event on Thursday night: “To host Limmud FSU is a great honor for us. The best people of the world come to Odessa, share their experiences, educate our youth and pass on the centuries-old wisdom of the Jewish people. We are pleased that such distinguished guests visit us, thereby glorifying our long Jewish history, strengthening our ties with the state of Israel, with the Israeli cultural center "Nativ", which is one of the landmark projects in the city.”

Chaim Chesler, founder of Limmud FSU, said; “It is a great honor for us to be here again, in the historical city of Odessa, and to celebrate this Limmud FSU festival with a wonderful, prosperous local Jewish community.” Osik Akselrud, Limmud FSU Ukraine Chair and Director of Hillel in Ukraine added: “Limmud FSU is all about the people, knowledge, communication and a vivid example of community life. In Odessa, more than 600 people from 14 countries of the world took part in our annual event, including many of young adults, which is extremely important to Hillel, and our whole community as well.”

Dorit Golender: "It is highly symbolic and appropriate that Limmud FSU comes to Odessa - the historical center of Jewish national and intellectual revival, the city from which the pioneering spirit of Russian Jewry came all the way to the Land of Israel. Genesis Philanthropy Group, whose main mission is to develop and enhance the Jewish identity of Russian-speaking Jews, is happy to support Limmud FSU - one of the leading initiatives of Russian-speaking Jews worldwide."

Mila Gold (20) from Dnepr: “It’s my first time at Limmud FSU, and I’m simply amazed by the energy, the quality of the program and the atmosphere. It really makes you proud of your Jewishness.”

Limmud FSU Ukraine was made possible thanks to the team of local leaders and volunteers, led by Project Manager Galina Rybnikova and Limmud FSU executive director Roman Kogan, together with the volunteers’ committee chair, Dasha Yefimenko from Rovno; program committee chair, Valeria Ogorodnik from Uzhgorod; public relations and marketing committee chair, Zhenya Khorzhevskiy from Odessa; the participants’ experience committee chair, Olena Kolpakova from Dnepr; and others.