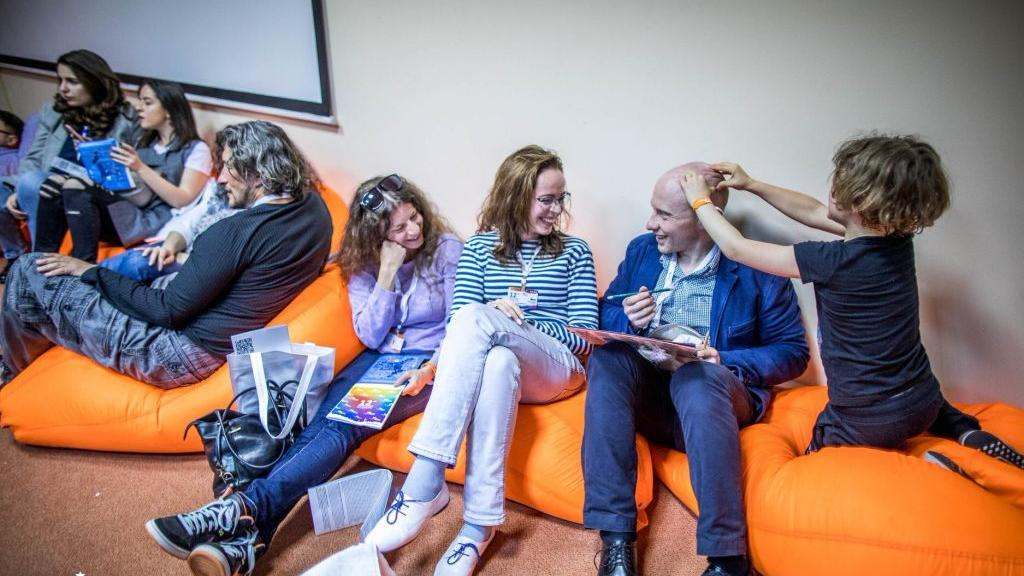 More than 2,000 young Jews, passed through the doors of the cultural conference’s 12th festival of learning in the Russian capital.

More than 2,000 people, most of whom were young Jews, passed through the doors of the cultural conference’s 12th festival of learning, with more than 350 lectures, sessions, panels and
performances.

Since its inception 35 years ago, Limmud has become one of the most successful Jewish cultural events in the world, with scores of conferences in 43 countries.

The Russian-speaking world established its own variant – Limmud FSU – 12 years ago and this year welcomed guests from around the world, with supporters including Genesis Philanthropy Group, Nativ, Claims Conference, Euro-Asian Jewish Congress and the American Jewish Joint Distribution Committee.

“It was my first time at Limmud FSU,” said 25-year-old participant Daria. “I was told by my friend it was an amazing event I had to experience and, after these three days, I feel so lucky that I decided to come. This is the most powerful Jewish event I’ve ever been to here in Russia.”

For adults, there was a range of well-known names attending this year’s Moscow event, including acclaimed composer Sergey Nikitin and TV journalist Nikolai Svanidze, while there was a full programme of activities laid on for the children attending.

“We were all extremely happy to be here right after Israel’s 70 anniversary to celebrate with more than 2,000 youngsters at our flagship event for the 12th time,” said co-founder of Limmud FSU Chaim Chesler.

Meanwhile, Chief Rabbi Lazar said Russian President Vladimir Putin was up to speed on issues affecting the Jewish community, saying he “knows all about the synagogues in different cities”.

Praising the president, Lazar – who revealed Putin are matzah year-round “while drinking tea” – added: “A lot of good things that are taking place in the community are thanks to Putin, for example the establishment of the Jewish Museum. He even contributed one of his salaries to this important project.”

On regional issues, Lazar said Russia’s intervention in Syria would be to the advantage of Israel, saying: “Syria under ISIS’s control is thousands of times more dangerous to Israel than [Syrian President] Bashar al-Assad’s reign… There is a strong coordination between Russia and Israel regarding what is happening.”