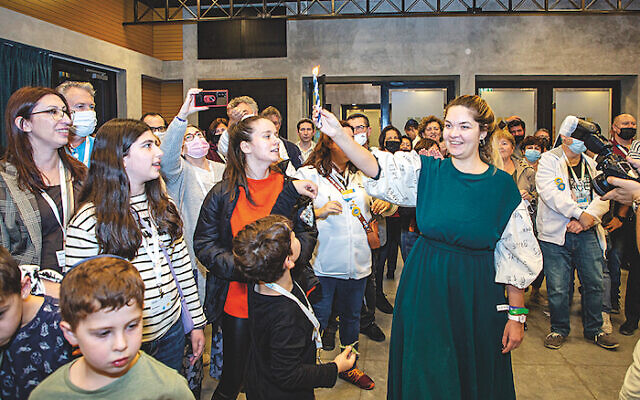 for a programme of more than 130 sessions for adults, plus others for children.

Hundreds of Russian-speaking Jews have taken part in Limmud FSU’s Israel festival after the annual event was cancelled in 2020 owing to coronavirus restrictions.

Last year’s three-day get-together at Kibbutz Shefayim, just north of Tel Aviv, welcomed 700 participants and volunteers for a programme of more than 130 sessions for adults, plus others for children.

Topics included heroes from the Bible, love and erotica in Yiddish literature, the history of the first Hebrew-speaking school in pre-state Israel, and Russian-speaking Israelis in the country’s political dialogue. Others covered Russian-language media in Israel, Jewish heroism, DIY clothing alterations, “helicopter parenting”, and Israel’s water resources as a tool for influence in the region.

The sessions were all washed down with live musical performances including by Russian-born Israeli actress, singer and pianist Ania Bukstein, and local band Gefilte Drive, performing well-loved Yiddish songs.

World Zionist Organization chair Yaakov Hagoel explained that Jewish culture in the former Soviet states
“was once suppressed by a communist regime that persecuted Jews and Jewish education”, adding that “now… a new generation has risen”.

Marina Yudborovsky, chief executive of the Genesis Philanthropy Group, which supported the event, said the conference was “an excellent opportunity for fostering strong connections and building a robust dialogue between Israel and the diaspora, a critical component in today’s climate”.