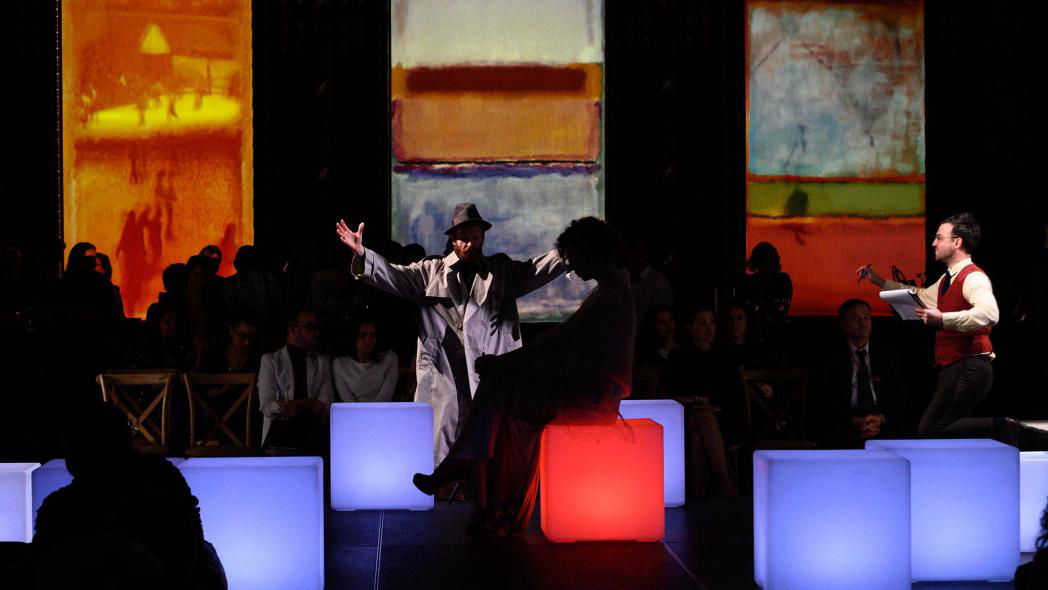 Anniversary included performances from a circus act, a storytelling dance, enactments from Woody Allen’s collected stories and a song from George Gershwin’s Porgy and Bess.

Anniversary celebrations for Hillel Russia have been held in central Moscow acknowledging 25 years since its founding by a rabbi who became known for his sardines.

The event took place at the School of Modern Drama Theatre and included performances such as a circus act, a storytelling dance, enactments of excerpts from Woody Allen’s collected stories and a song from George Gershwin’s Porgy and Bess.

Between the performances, the audience heard from Hillel Russia founder Rabbi Yossi Goldman, who recalled one of his first seminars for 300 students in St Petersburg in 1995.

“Back then there was no kosher meat, so for breakfast we had sardines, lunch – sardines, dinner – sardines,” he said. “On the third day, a student stood up and said ‘Yossi, we love it here, but we’re Russian – we love meat.’ After that, I became known as the Ryba Rebbe, because ryba is the Russian word for fish!”

Founded in the capital not long after the fall of Communism, in 1994, Hillel Russia today operates across six time zones and in eight Russian cities but, unlike Hillels in North America, they are not affiliated with a university and are community based.

Echoing Fridman’s words, Hillel Russia chief executive Elena Voltsinger said the Russian Jewish community faced the challenge of assimilation, meaning it is often in higher education that a student first connects to their heritage, if they grew up in families where parents did not raise their children as Jewish.

“In Russia, Hillel serves as a starting point for beginning an independent and meaningful Jewish life,” she said. This is done by giving young Jews “a Jewish lifestyle” and connections to peers around the world.

Also speaking at the event was Viktor Naishuller, a Moscow businessman and chair of trustees of Hillel Russia, who was elected in January. He praised the organisation for “preparing young people to be the next leaders and encouraging Jews to be individuals”.

He also explained how it related to his own children, saying: “I hardly raised my son as a good Jewish boy. He’s now 36. My youngest daughter is three, and today I’m more prepared and able to raise her with this identity.”

Together with support from GPG, Hillel Russia also receives support from Hillel International, Euro-Asian Jewish Congress and the JDC.

This enables initiatives such as last year’s launch of the Oy Vey Jewish culture festival in St Petersburg, which drew 1,200 people and featured a Tel Aviv market set up on Vasilyevsky Island, lessons of Hebrew in Moscow parks, active participation in the international Good Deeds Day and other educational and volunteering initiatives.