JW3 to begin reopening from Monday, but restaurant Zest to 'cease operations' 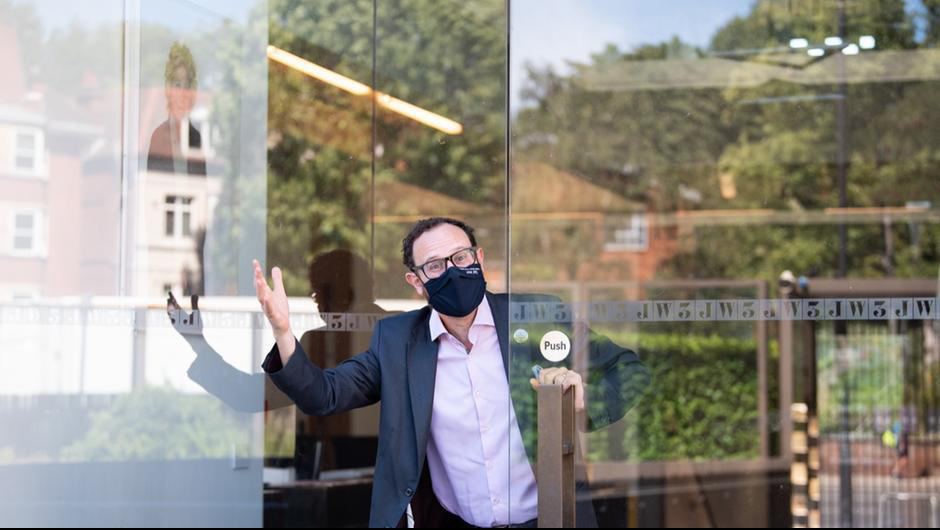 The community centre said that a severely reduced income stream required a new focus on its 'core charitable activities'.

JW3 has announced that it is preparing for a “staggered reopening” - but that its kosher restaurant and café Zest is to be closed “for the foreseeable future”.

The Hampstead-based Jewish community centre said it was preparing for a “new normal” and would be adapting its offering to ensure that event could go ahead “within a Covid-secure framework”.

“Informed by responses to a recent community-wide survey,” a statement said, “JW3 has been planning for a phased re-introduction of on-site events and activities to take place over the coming months.”

JW3’s nursery will reopen on July 13, to be followed by “four weeks of summer camps from late July”.

Film screenings, performances and children and family activities are expected to recommence in September.

The centre said that social distancing and pre-booking for events would apply, and that there would be a cap on the number of participants at each activity.

It added that an intensified cleaning schedule would be put in place and mask wearing would be encouraged.

JW3 has been offering an extensive digital provision during the pandemic, including through the custom-built ‘JewishOnline’ platform.

The community centre also kickstarted a number of new social action projects during the pandemic, including cooperating with Camden Council on a foodbank and meal-cooking service, and partnering with Jewish mental health charity Jami.

Jewish cultural institutions have suffered severe hits to their incomes during the pandemic, and JW3 said that because it had decided to “focus on delivering its core charitable activities”, café and restaurant Zest would be closing “for the foreseeable future”.

A statement said that the decision to “pause” JW3’s catering and food-offerings would ensure that it returned to “the best financial position that it can in order to deliver against its charitable objectives whilst focusing energies on operating within a Covid-secure framework.

JW3 CEO Raymond Simonson said that it was unlikely that the building would welcome a renewed kosher food operation “before 2021”.

Explaining the decision to close Zest, Mr Simonson said that the economic climate left JW3 “with no option but to cease operations at Zest for now.”

Mr Simonson added that: “These are incredibly challenging times for all charities, and even more so for those who operate public venues. A phased reopening over a number of months is the most sensible approach.”