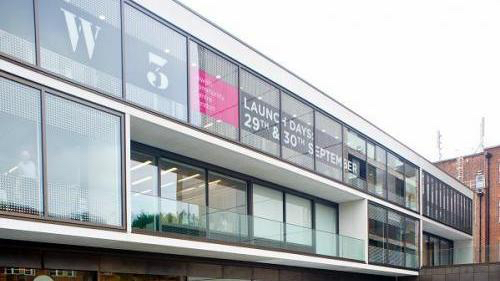 The community centre hopes to recoup some of the £1.5 million lost during the pandemic with its Big Night In.

Jewish community hub JW3 has announced it will host the largest event in the organisation’s history as part of its effort to make up for the £1.5 million in income lost during the coronavirus pandemic.

The Big Night In – an entirely online evening of entertainment taking place on 10 September – will be hosted by actress and activist Tracy-Ann Oberman and include a performance by Boy George, as well as appearances from Stephen Fry, Harry Potter stars Imelda Staunton and Jason Isaacs, and Downton Abbey’s Jim Carter.

JW3 CEO Raymond Simonson said that “these are not easy times for anyone and JW3 is fortunate to have an incredible network of friends and supporters.

“Without that support, JW3 could not carry on as the community’s leading centre for Jewish culture.”

He added that the “uniquely special evening” will be free to join, but he implored people to “dig deep and give what they can afford.

“The donations given on the night will be vital for securing the future of JW3. We look forward to welcoming you all to what promises to be an unforgettable evening.”

The event is also being supported by Genesis Philanthropy Group, an international Jewish philanthropy organisation, which will be matching the amount of donations made over the course of the evening.

JW3 closed its doors in March, a week before the country went into a full lockdown, before launching JewishOnline, a “one-stop-shop” for Jewish cultural content.

While its doors were closed to the public, the north west London premises was converted into a borough-wide food distribution centre, and hosted a socially-distanced blood drive.

In July, the centre began reopening slowly with the easing of lockdown restrictions. However, it announced the centre’s kosher restaurant Zest would remain closed “for the foreseeable future”.