Jewish News to publish on a Monday for Holocaust Memorial Day 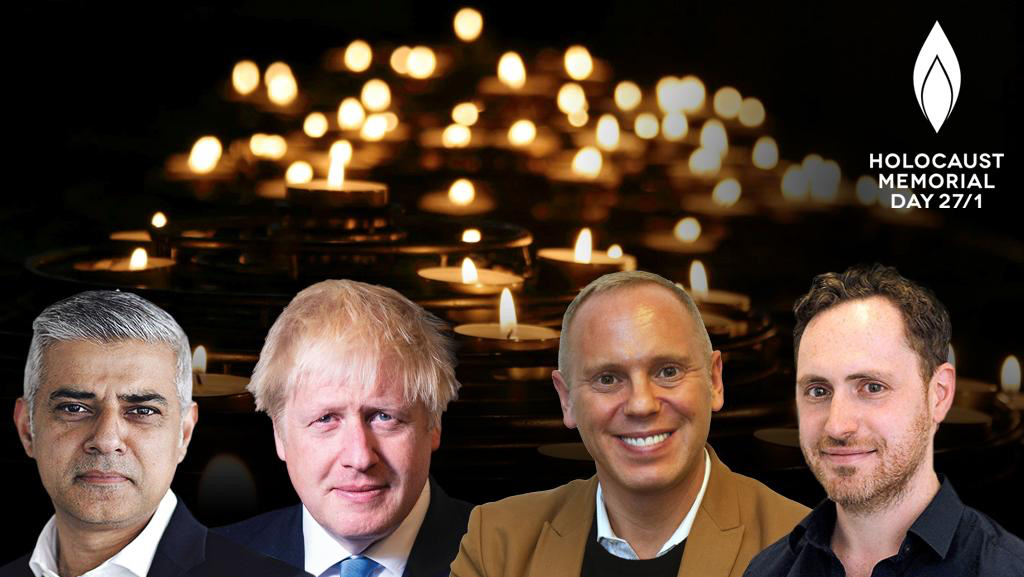 Dedicated 80-page edition will feature powerful pieces from Boris Johnson and Sadiq Khan among others, while considering the rise in modern hate and celebrating Righteous Gentiles.

In 11 days’ time the world will mark the 75th anniversary of humankind’s greatest crime. This year’s Holocaust Memorial Day (HMD), on Monday 27 January, will be a landmark moment as we reflect on its legacy as the last remaining survivors leave us.

To mark this moment, Jewish News will be issuing a dedicated 80-page HMD edition on the day itself.  It will be the first time Jewish News has published on a Monday.This unique edition is being created by a special panel of second and third generation guest editors and, crucially, non-Jewish Holocaust educators. They are: Holocaust Educational Trust regional ambassadors Jaya Pathak and Jack Nicholls; the Association for Jewish Refugees’ Debra Barnes; Natasha Isaac, nominated by the Holocaust Memorial Day Trust; Shannon Johnson, nominated by the Anne Frank Trust; Jude Williams, an educator on March of the Living and nominated by the National Holocaust Centre; BBC filmmaker Hannah Gelbart, nominated by the ‘45 Aid Society and TV presenter Rob Rinder.This remarkable group was brought together, over a period of many months, by the newspaper’s news editor Justin Cohen.

During an insightful and often moving editorial meeting last month, each set out their personal vision for this unique project.

Next week’s edition will consider the rise in digital hate and unpick the anatomy of online denial; investigate second generation trauma and take a fascinating look at remembrance innovation and the harnessing of virtual reality to tell survivors’ stories for centuries to come.

It will show how Jewish life thrived before the Nazis, speak to a prisoner and liberator of Bergen Belsen and contemplate the power of personal artefacts – a pen, a comb, a candlestick – handed down from generation to generation. It will tell the poignant story of Auschwitz on 27 January 1945, from the last sunrise under tyranny to the arrival of Russian soldiers.

It will celebrate the Righteous Gentiles and show how are they selected, where they live, what they did and what they risked.

It will examine the plight of non-Jewish untermenschen. It will feature a fascinating report  on how Muslim children learn about the Shoah and examine how Israel cares for survivors who rebuilt their lives in the Jewish state.It will also focus on subsequent genocides. While the Holocaust is a fading memory for those who endured it, events such as the Balkans war remains etched in collective consciousness.

In it they wrote the following –  calling on future generations to safeguard their legacy. These words will inspire next week’s Jewish News:   “We are the children, brothers and sisters of victims, and when we are gone, we want someone to remember them, too. Sometimes we ask what will happen in the years to come. We rely on you, our readers today, to help to ensure that our memories thrive.

We have to hope that the young we speak to today become leaders of tomorrow. That by hearing our stories they will feel passionate about the Holocaust and the importance of our legacy.

So, mark your diary. There’s no Jewish News next Thursday (how will you cope?!) – but our special edition is out on Monday 27 January (with another issue, as usual, at the end of that week).